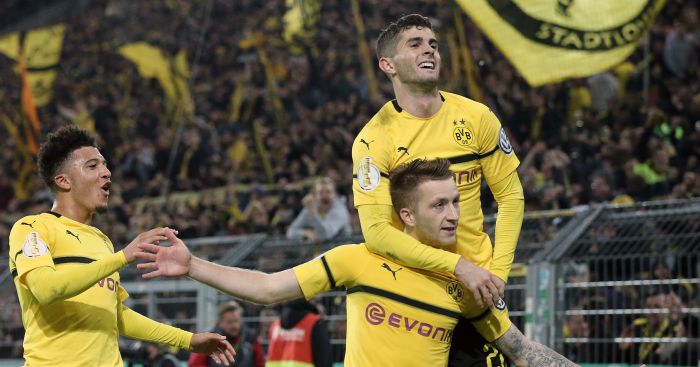 Borussia Dortmund winger Christian Pulisic has hinted that he could make a move to the Premier League in the future.

The USA international has been linked with Liverpool, Chelsea and Tottenham in the past, with a host of Premier League sides thought to be interested.

Pulisic is in the UK as part of the USA squad to play a friendly against England on Thursday that will see Wayne Rooney receive his 120th cap and raise money for his foundation.

Liverpool were rumoured to have previously bid £11million for Pulisic, who has trained under Klopp when he was Dortmund boss, while Spurs were priced out of any move.

“As you can see, we are having a great year at Dortmund and I am enjoying every moment of that,” Pulisic said at the USA team’s London hotel. “Then, when the time comes for me to talk in the breaks about my future, then that’s when those things happen.

“Like I said before, reading these articles [about me], I tend to stay away from that stuff. I know it is going to be there but it is not my priority. England and the Premier League, it is a league where lots of kids dream of playing, so there is no reason why maybe one day I won’t play here.”