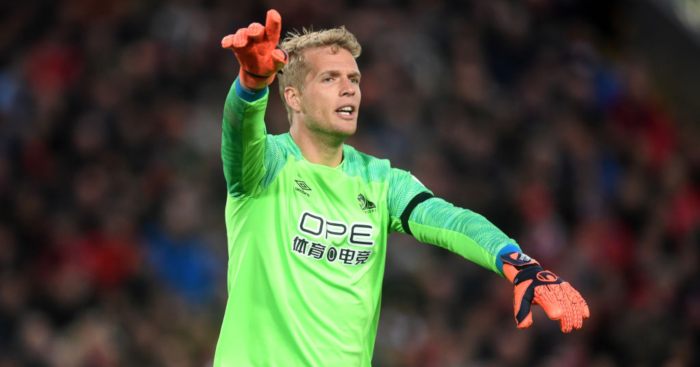 Everton have made their first move of the summer by signing Huddersfield goalkeeper Jonas Lossl on a three-year deal.

The 30-year-old Denmark international’s contract expires next month and he has signed a pre-contract agreement with the Toffees, whom he will officially join on July 1.

Lossl, who made 69 Premier League appearances for the Terriers during their two seasons in the top flight, keeping 14 clean sheets, has been brought in as back up to England number one Jordan Pickford.

It casts doubt on the future of Maarten Stekelenburg, 37 in September, who has made just five appearances in the Europa League and League Cup in the last two seasons.

The Dutchman has just one year remaining on his contract and looks set to be moved on with Portugal youth international Joao Virginia promoted from the under-23s, with whom he won the Premier League 2 title this season.