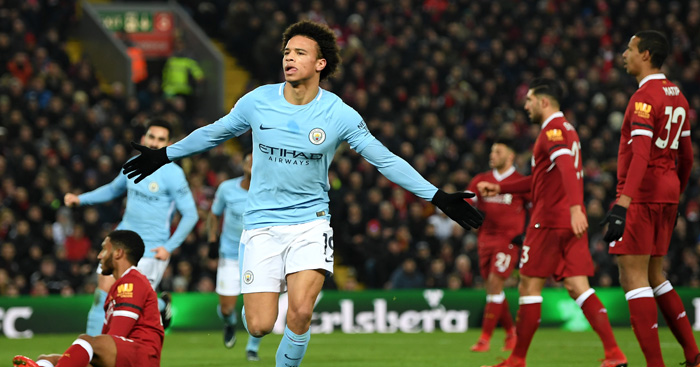 Bayern Munich winger Leroy Sane has hailed the tactical genius of Pep Guardiola, claiming he “reprogrammed” him to make him a better footballer.

Sane completed a £45 million move – potentially rising to £55 million – to Bayern in July, ending a four-year stint with Guardiola in Manchester.

It had been claimed that Sane was gunning for the exit due to Guardiola’s tactical demands, but the German international has rubbished those reports.

READ MORE: Every £20m+ signing ever made by a Premier League club

He says he always had the “freedom” required to showcase his “individual quality” as he played his part in helping the Manchester side to two Premier League titles during his time in the English top flight.

“In positional play, in the general perception of the entire game, in tactical behaviour both offensively and defensively – Guardiola downright reprogrammed me,” the 24-year-old explained to Kicker.

“It’s the simple movements that make you think, ‘Oh, never’. But when you implement them, you realise very quickly that Guardiola is right. What he advises helps a lot, it makes the game easier and faster. Tactics are the most important thing to him.”