Home All The News Drogba, Toure urge Aurier to overcome ‘lack of maturity’ 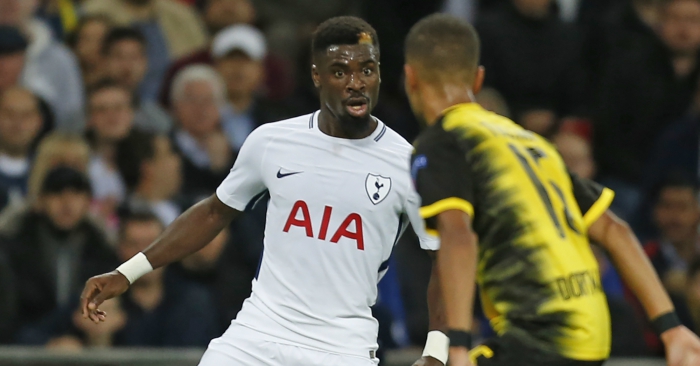 Serge Aurier must overcome “a lack of maturity” at Tottenham and the Ivory Coast, according to two of his compatriots.

Aurier joined Tottenham in the summer in a controversial move after the right-back’s past actions in France.

The right-back once aimed a homophobic slur at Laurent Blanc during his time at Paris Saint-Germain, and was found guilty of assaulting a police officer outside a nightclub last September.

His first Premier League start for Tottenham was ended abruptly after he was shown a red card for an unnecessary tackle during a game against West Ham.

Didier Drogba and Kolo Toure, two legends of the Ivory Coast, hope the 24-year-old can stamp out his problems.

“Serge Aurier maybe has to make those mistakes to really understand and realise what he represents,” Drogba said.

“He’s a good person, he’s loyal, he wants to succeed. His problem is away from the pitch – he’s always given everything on the pitch.

“But you know that when there are kids who call your name and ask for autographs, you have to be careful with all your actions and gestures.”

Fellow Ivorian Toure, who is now part of the country’s coaching staff, added: “It’s a lack of maturity, quite simply.

“I think he must feel very bad about it. But he got carried away and didn’t realise the consequences.