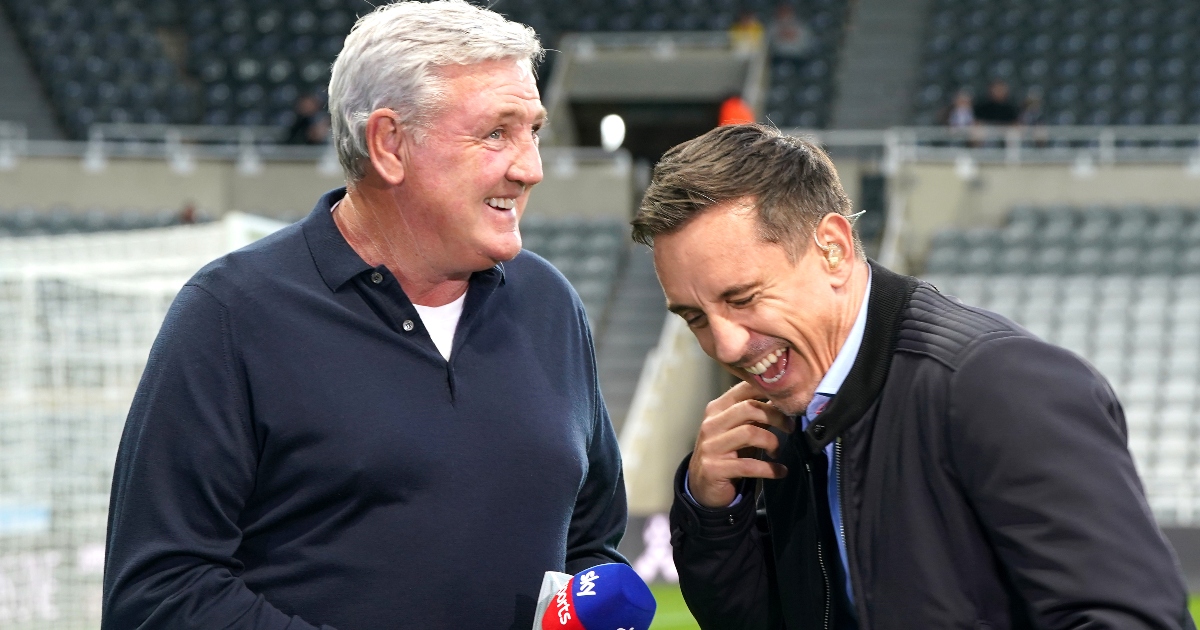 Gary Neville has said that Newcastle United owner Mike Ashley should lower his asking price for the club.

Ashley was in talks with Saudi Arabia’s Public Investment Fund last summer over a potential sale of the club for £350million.

However, the takeover failed to materialise, as the Toon Army wait patiently for the arbitration hearing to take place in early-2022.

“It is one of the great clubs of this country. Mike Ashley has got to dispose of it. It’s easier to say, ‘Drop the price a little bit’.

“But he has to do the right thing at some point. He has got a lot of money. It isn’t going to change his life if he loses a bit more money.”

Much like Ashley, Magpies manager Steve Bruce is under immense pressure from fans to leave the club.

Newcastle are currently in the bottom three of the Premier League having picked up just one point from their first four games of the season.

Toon fans have consistently been critical of the former Sunderland boss and they again turned on him during the 4-1 defeat to Manchester United last time out.

But Bruce says he continues to do what he thinks is best for the club and hinted at problems elsewhere.

He said: “It’s not all about me. I’m here to only do what I think is best for the club and that is managing it as best I can and keep us moving along.

“That’s for other people to answer that.

“I will continue to do my best. I’m never going to walk away from the challenge.”

“I’d be sick if I said I quite enjoyed it.

“The frustration is, like any other Premier League club or any other Football League club, if you don’t get results then ultimately the manager, head coach, whatever I am, bears the brunt.

“That’s what it is. I have to accept that results haven’t been good enough.”