Home Liverpool Durability the key for Liverpool due to lack of signings, says Klopp 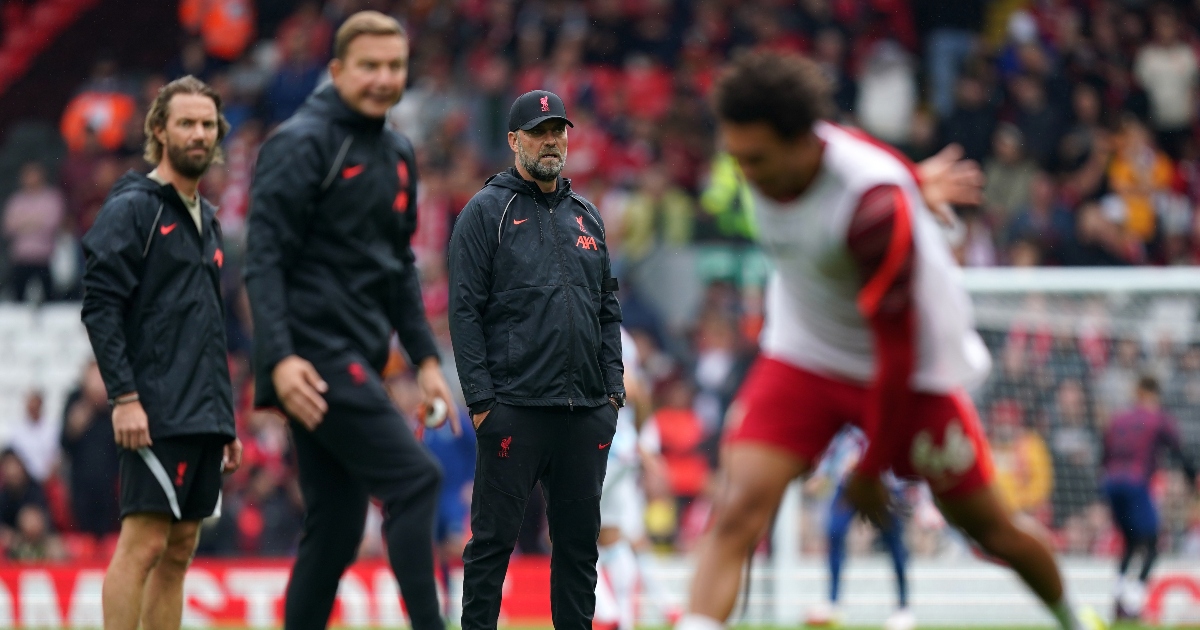 Liverpool will need “to be ready to get some knocks, to get some punches here and there” if they want to be successful this season, says Reds manager Jurgen Klopp.

The Merseyside club have been notably quiet this transfer window whilst watching their rivals splash the cash.

Meanwhile, they have decided to put their faith in their stars returning from injuries, such as Virgil van Dijk and Jordan Henderson.

Ibrahima Konate’s £36million move from RB Leipzig is the Reds’ only major signing this summer, with the window closing on Tuesday evening.

His signing was confirmed in May as Liverpool wanted to sort their defensive issues early after long-term injuries to van Dijk and Joe Gomez last term.

And Klopp has not replaced midfielder Gini Wijnaldum after his move to Paris Saint-Germain on a free transfer.

Instead, the German will look for the likes of Thiago, Henderson, Curtis Jones and Harvey Elliott to fill Wijnaldum’s boots.

While Klopp has faith in his current squad to push for the title, he recognises his rivals have improved using the transfer market.

“We know this league, not only since this transfer window, which hasn’t even finished yet, is the strongest league in the world. I think nobody doubts that,” he said.

“Being ambitious in this league means you have to be ready to get some knocks, to get some punches here and there, you just have to get up and go again.

“With the quality we have, if we can do that, the only plan was always that we are able to beat the best teams in the world.

“We never thought about being the best team in the world.

“Obviously at this moment nobody thinks that we are the best team in the world. Good.

“But we still want to beat the best teams, and Chelsea won the Champions League and there are not a lot of tournaments that are more important. Let’s give it a try.”

Elsewhere in the league, Manchester United announced the signing of Cristiano Ronaldo, subject to his medical and some paperwork, following the arrivals of Raphael Varane and Jadon Sancho.