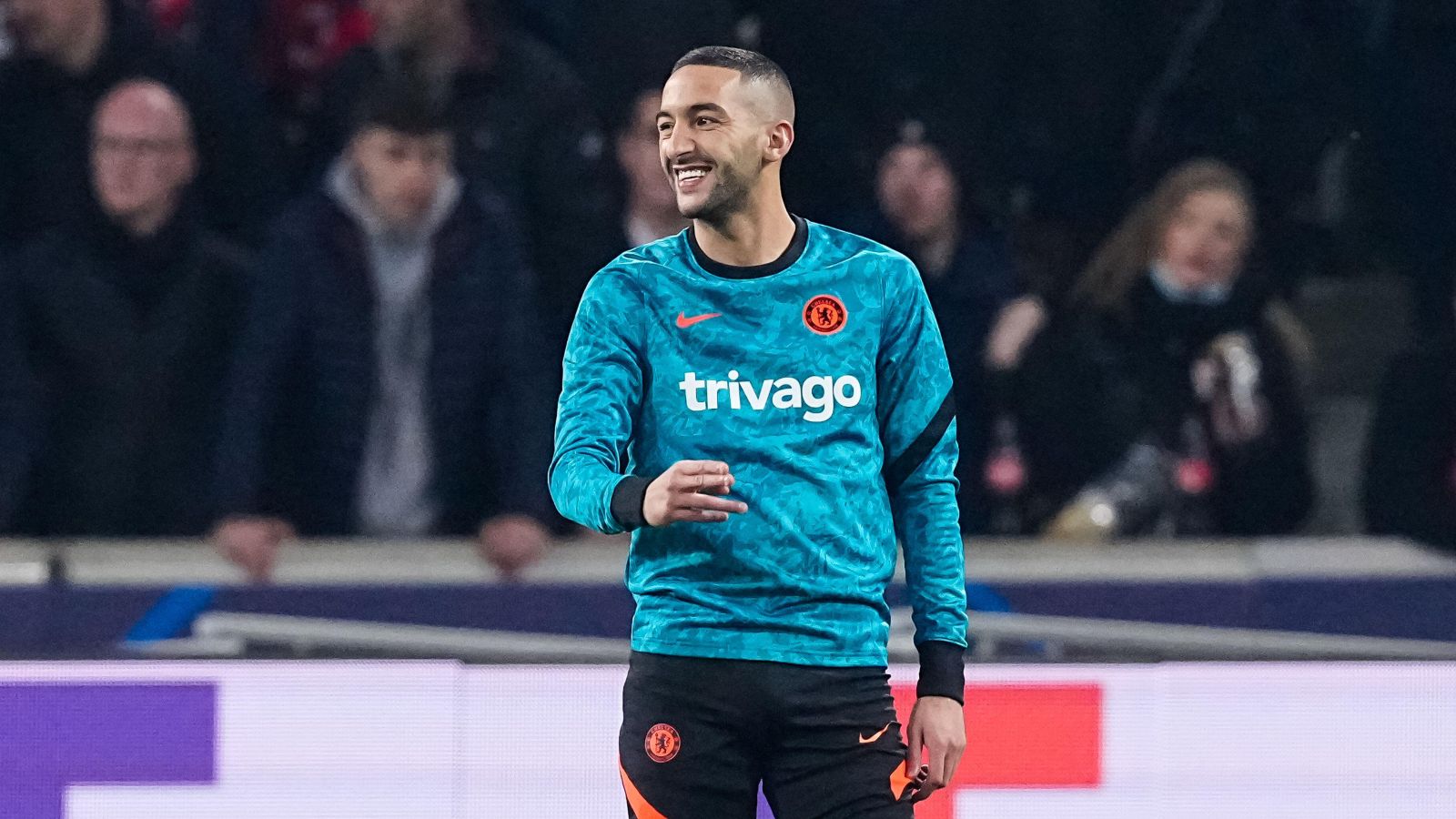 A Dutch analyst has suggested that Chelsea winger Hakim Ziyech would “prefer” a move to Tottenham Hotspur over Ajax this summer.

Ziyech was one of several attacking players Frank Lampard signed in a £220m summer splurge ahead of the 2020/21 campaign.

Havertz is the only one of those three you could argue has been a success.

After spending £97.5m to re-sign Romelu Lukaku last year, Chelsea are now ‘prepared’ to spend £60m on Everton’s Anthony Gordon. Them lot over at Stamford Bridge are mental.

Gordon will add to what is already a packed forward line at Chelsea and this will likely leave Ziyech even further down the pecking order.

Thomas Tuchel replaced Lampard at the start of 2021 and Ziyech has struggled to establish himself under the ex-PSG and Borussia Dortmund manager.

A potential exit route has emerged for Ziyech in recent weeks after he was initially linked with Serie A champions AC Milan.

Ajax are tracking him as a potential replacement for Antony, who is looking increasingly likely to join Manchester United before September 1.

The Dutch side want around £84.4m for their prized asset, who has reportedly handed in a transfer request in an attempt to force through a move.

Ajax will have done well to get that much for a player who was only involved in twelve league goals last term.

Chelsea want them to pay £36m of this fee to sign Ziyech on a permanent deal. It was reported on Thursday that the club and player are both in favour of a permanent exit over a loan.

The Dutch outfit meanwhile would prefer a loan, with Ziyech’s move ‘deadlocked’ with the two clubs butting heads over his price tag.

Dutch analyst Johan Derksen thinks another obstacle could be that Ziyech would ‘prefer’ to join Tottenham.

“I can imagine that he prefers Tottenham, because he wants to succeed in England,” Derksen said (via Sport Witness).

“(Returning to Ajax is) a bit as a rejection. He would be received with applause here, that would be a warm welcome, but instinctively the boy has failed in England.”

Fellow analyst Rene Van der Gijp added: “If you can play at Tottenham or you play against Sparta, RKC or Go Ahead, then you go there, right?”

The issue with this is that it does appear that Tottenham are even interested in Ziyech, with Man Utd seemingly the only English side keen on him.