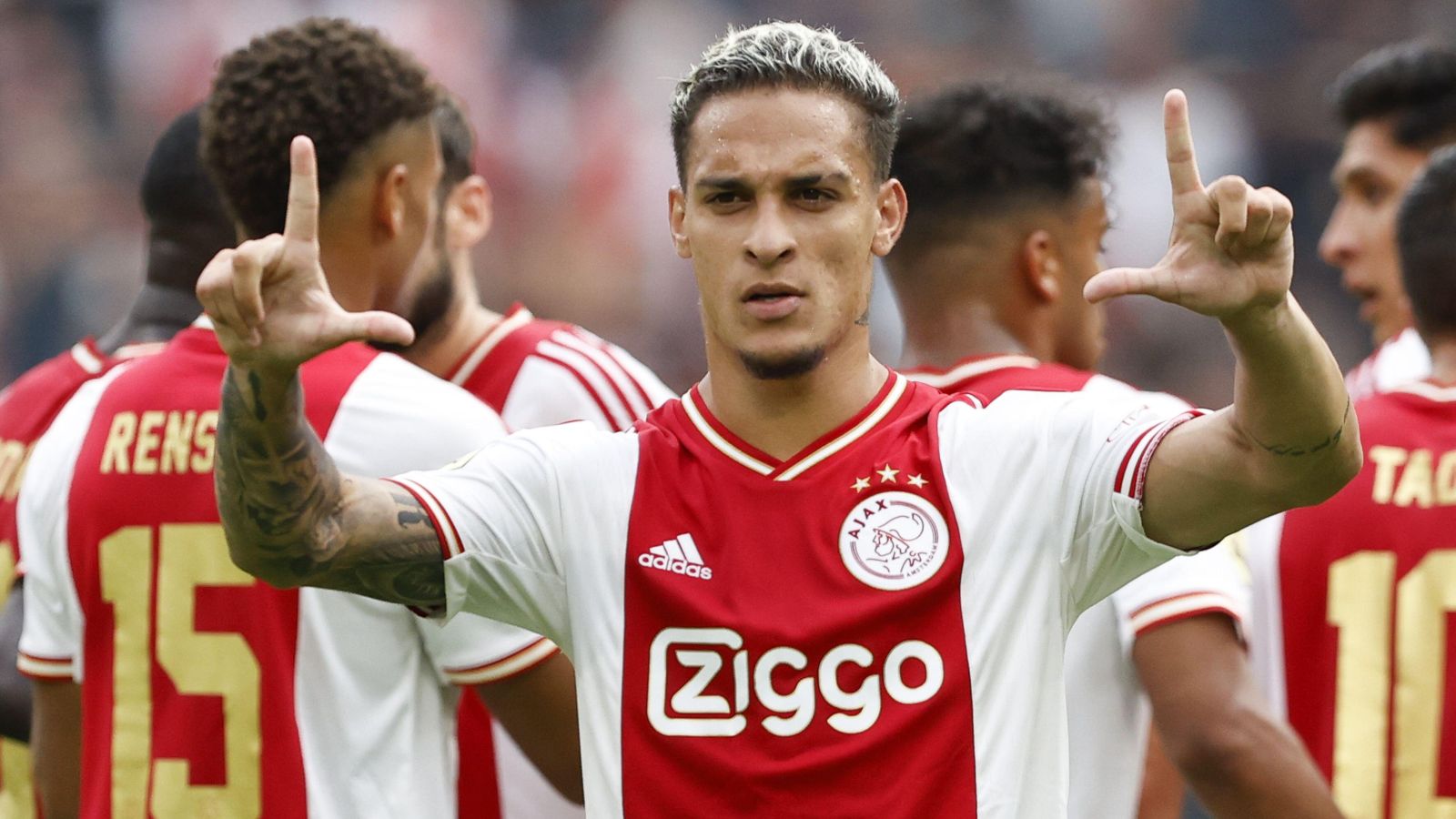 Brazil international Antony should complete a move from Ajax to Man Utd this week, according to Dutch journalist Valentijn Driessen.

The Red Devils have stepped up their interest in a number of targets over the last couple of weeks after a underwhelming start to the new campaign.

Erik ten Hag lost his opening two Premier League matches as Man Utd boss but managed to bounce back in emphatic style on Monday night to beat Liverpool 2-1 in his first win as Red Devils manager.

And now their attention again turns to transfers this week after they sealed a deal for Casemiro, who joins Tyrell Malacia, Christian Eriksen and Lisandro Martinez as new summer signings.

Antony, who has already contributed four goals and two assists in six matches this season, is believed to be next on their list with Man Utd having a bid of around €80m turned down for the Brazilian last week.

And now Dutch journalist Driessen reckons Man Utd will stretch to as much as €97m this week to get the transfer over the line.

Speaking to Vandaag Inside, Driessen said:”I think it will be completed this week. I heard an amount of 97 million euros, so just under one hundred. Ajax will have to agree to that.

“He (Ten Hag) wants Antony and Gakpo. They have also offered 135 million for João Felix, that’s a bit of the budget they have.

“And besides that, they also want Frenkie de Jong. They certainly haven’t written him off yet.”

And there is pressure on Man Utd to improve on their recruitment with Gary Neville claiming only two signings in the last nine years have been a success.

Neville recently said on Sky Sports: “One of the problems Manchester United have had for 10 years is that they’ve flip-flopped from managers, strategies and they’ve allowed managers to control recruitment, and that’s a massive issue.

“We think there’s only two signings at this moment in time that you can say have been good and performed at a decent level. You can argue that [Bruno] Fernandes has gone off the boil a little but the numbers that he hit in the last few seasons has worked.

“[Zlatan] Ibrahimovic worked. Amber: Herrera, Shaw – we debated over Shaw – Matic, we debated over Juan Mata who is in red but could’ve been in amber, Cristiano Ronaldo would’ve been green on last season but what’s happened in the last month in terms of he wants to leave, it’s a nightmare scenario, it’s not working.
“Seventy-five per cent of those signings are in red, they’ve not worked. Twenty per cent are an amber and only four (or) five per cent of signings, we think, have worked.

“That is a horror story from a recruitment point of view.”