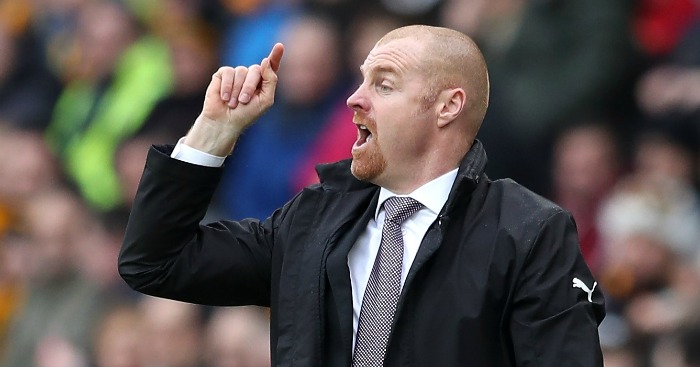 Sean Dyche insists Burnley put on a “solid show” and appeared to aim a dig at Arsenal and the “state of the game” as they saw out a 0-0 draw.

Burnley perhaps edged a very even game at Turf Moor, with Jay Rodriguez coming closest as his shot fired off the line and onto the Arsenal line.

But Dyche wasn’t getting carried away with his team’s performance and instead took the opportunity to further his thoughts on diving.

Dyche told Sky Sports: “We had a good grasp of the game. Had enough chances to score and the balance of the side was very good.

“Another solid show of us continuing to improve. We wanted to be brave and set the press.

“No grand statements. We played some reasonable stuff and created chances.

“It is lovely to watch when people are falling over, it is my favourite part. The game is in a fantastic state. No-one wants to adress it apart from me, so I am absolutely happy with the state of the game.”