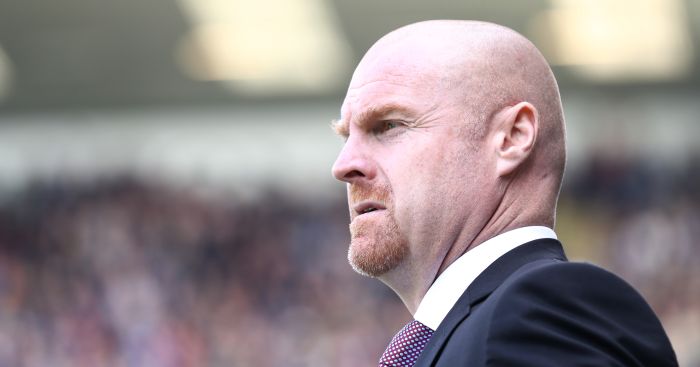 Burnley boss Sean Dyche “can’t see a problem” with the decision to make Premier League games pay-per-view, despite recognising it will be “a challenge for some families”.

The league announced last week that matches in October not selected for regular television coverage would be available on a PPV basis while football remained behind closed doors because of the coronavirus pandemic.

READ MORE: Incensed by PPV? The Premier League is all PPV…

The decision was criticised, among others, by the Football Supporters’ Association, who urged the league and broadcasters to reconsider the pricing.

But Dyche is all for it…

He said: “I think with what’s going on in world, if that is a way of balancing what is appropriate for the TV and media, I can’t see that big a problem with it.

“Only in the sense that if you’re a family and you regularly go to watch football…then for what’s going on in the world at the moment, to have football back, on your screen, in the safety of your home, doing all the right things, then do you know what? I’m bound to be biased because I’m in it and I love the game, so therefore would I pay it? Yes I would.

“Is it a challenge for some families? I’m sure it is, particularly with what’s going on. But I’m only speaking as a football fan, and for me, then I would, yes, I’d pay that and sit with my family and hopefully enjoy a game.”

From one controversy to another, Dyche was also asked about Project Big Picture, stressing that power should be shared across the Premier League.

It was announced on Wednesday that the division’s clubs had unanimously agreed the controversial project would not be endorsed or pursued by the Premier League, with the same applying to the Football Association.

The plan developed by Liverpool and Manchester United and supported by EFL chairman Rick Parry included immediate funding of £250million for EFL clubs feeling the financial impact of the coronavirus pandemic, and a 25 per cent share of the Premier League’s media net revenues in the future.

The proposals were criticised for appearing to concentrate too much power in the hands of the top-flight’s ‘big six’.

Asked about Project Big Picture on Thursday at his press conference ahead of Monday’s trip to West Brom, Dyche said: “What seems to be the narrative is the top six having most of the decision-making power.

“If you are talking about looking after everyone in the lower leagues, then in theory, to look after the Premier League, you share that power.

“So therefore, in possible terms, they should say OK, we want to look after them but we are going to share that power across the league, simply because everyone’s earned the right to be in the Premier League. We deserve to be there, we’ve proved that.

Dyche added: “It’s finding that balance, the right way of doing it that all parties can buy into.

“I played in the lower leagues – do I want them to suffer? No I don’t. If there can be a way found from all parties, whether it’s the Government, the Premier League, or football in general, then I hope somehow a way can be found.”

Wednesday’s statement from the Premier League also said there had been agreement to “work together as a 20-club collective on a strategic plan for the future structures and financing of English football”, and for a rescue package for League One and Two clubs of £50million in grants and interest-free loans to be made available.

Discussions were to continue with the EFL regarding Championship clubs’ financial needs.