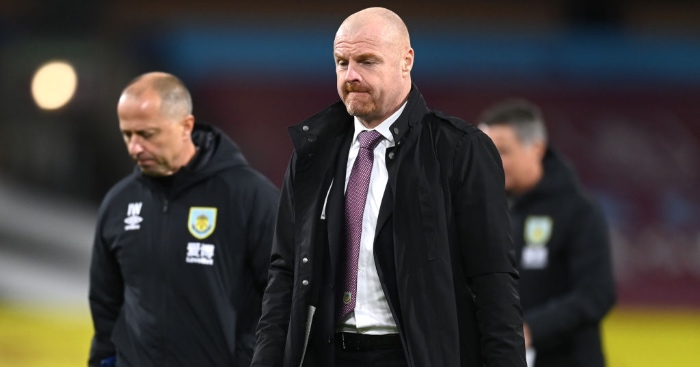 Burnley boss Sean Dyche has admitted some clarity on the club’s takeover speculation would help ease the uncertainty hanging over Turf Moor.

Egyptian businessman Mohamed El Kashashy has this week been reported to be in talks with the Clarets’ current owners over a £200million buyout.

American sports investment group ALK Capital has also been linked with a takeover and Dyche said he was still waiting to learn if there is any substance to the reports.

“If the rumours are true, I suppose it helps if something is set in stone,” Dyche said before Saturday’s home Premier League game against Chelsea.

“I haven’t heard anything about them being true, so therefore they are just rumours and stories. I am waiting to see of course.

“The idea of uncertainty, certainly in my job and the team’s job, we are focusing on performances. We have done that particularly well in the last two games.

“That is my focus. The idea of ownership is for the chairman and the board and is not a decision I will be making that is for sure.”

He has been through a club takeover before. His contract was terminated at Watford in 2012, one week after the Pozzo family had taken control at Vicarage Road.

“Having been through it, when you meet these people, if it is true by the way, then you find out what they are about,” Dyche said.

“What their goals are, what they wish for and what they want from the club and then you can maybe offer an opinion on what you think is correct.

“I’ve been through it once and it changed the model of the whole club. I don’t know whether that will happen again.

“That is for possible buyers to decide, but until there are some facts to it then I will hold my opinion on that.”

Burnley, who could be without midfielder Johann Berg Gudmundsson (calf) against Chelsea, are bidding for their first league win of the season after taking one point from their first five matches.

They have previously recovered from a poor start, waiting six games for their first top-flight win in 2018 before finishing the season six points clear of relegation.

“The experience helps, but it doesn’t guarantee anything,” Dyche added. “What it does do is give you more of an experience level to fall back on. We’ve already spoken to the players about that.”