Home All The News Dyche hints at Drinkwater debut: ‘There’s nothing like the real thing’ 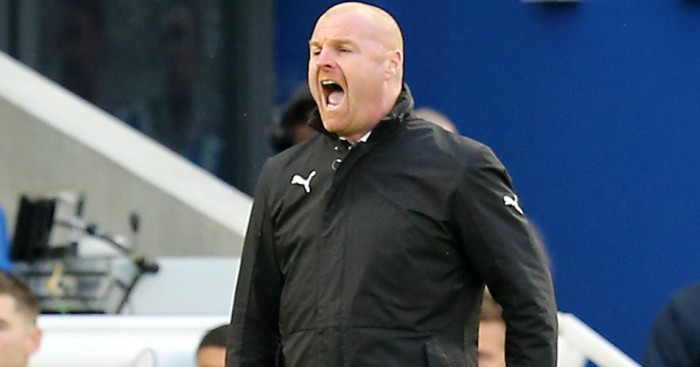 Sean Dyche is weighing up whether to give Danny Drinkwater a belated Premier League debut for Burnley this weekend.

The on-loan Chelsea midfielder is finally fully fit again nearly three months after an incident outside a nightclub in Manchester that left him with an ankle injury.

Drinkwater travelled with the rest of the Burnley squad to Watford last weekend but did not even make the bench for the 3-0 victory.

However, key midfielder Ashley Westwood serves a one-match ban against Crystal Palace on Saturday having picked up five bookings so Dyche must decide whether to shuffle his team.

The Burnley boss said: “He’s getting fitter. He’s had a number of reserve games, which was important, because he hasn’t played that much football, and his sharpness is improving, so he’s certainly in the mix.

“We all know there’s nothing like the real thing. You get players to a level, they get themselves to a level of course by taking on the work. His training levels have improved and I think he’s feeling better.”

Drinkwater is running out of time to make any impression in the Premier League before his loan runs out on January 6.

Dyche insists he has not yet decided whether to pursue an extended deal for the 29-year-old, saying: “We haven’t really seen him.

“Of course we know what he does in training, we’ve seen that, but it’s the games, everyone gets judged on the games.

“It’s too early to worry about that, we want to see him fit first, get on the pitch at some point and then take it from there.

“I’ve spoken about the bigger picture to him because he’s desperate to play. Working hard, trying to get back fit. An incident can happen and then you’ve got to recover from that.

“We’re not going to push someone who’s not quite there, we’re not going to force anything upon them, I wouldn’t with anyone here, whether they’re on loan or one of my players who’s under contract here.

“I think it’s a case of appropriate timing, when he’s ready, and of course displacing someone else, because we like the midfield players we’ve got here. He knows it’s a challenge, he knew it when he came here.”

Dyche is famous for sticking with players, especially when his team are on a good run, so Drinkwater will know he is likely to have to bide his time as Burnley look to build on back-to-back 3-0 victories over West Ham and Watford.

Those results have lifted the Clarets up to seventh place in a congested table, three points and six places above Saturday’s visitors.

Dyche said: “I’ve never been one for staring at the league table. We focus the players on the next challenge, which obviously is Palace in this case, and it’s served us well.

“They’re a good side. We know they’re effective on the counter, they can absorb when they have to. Organised, of course – Roy (Hodgson’s) teams always are.

“We’re really pleased that we come off that big result away but we know we’ve got to perform.”