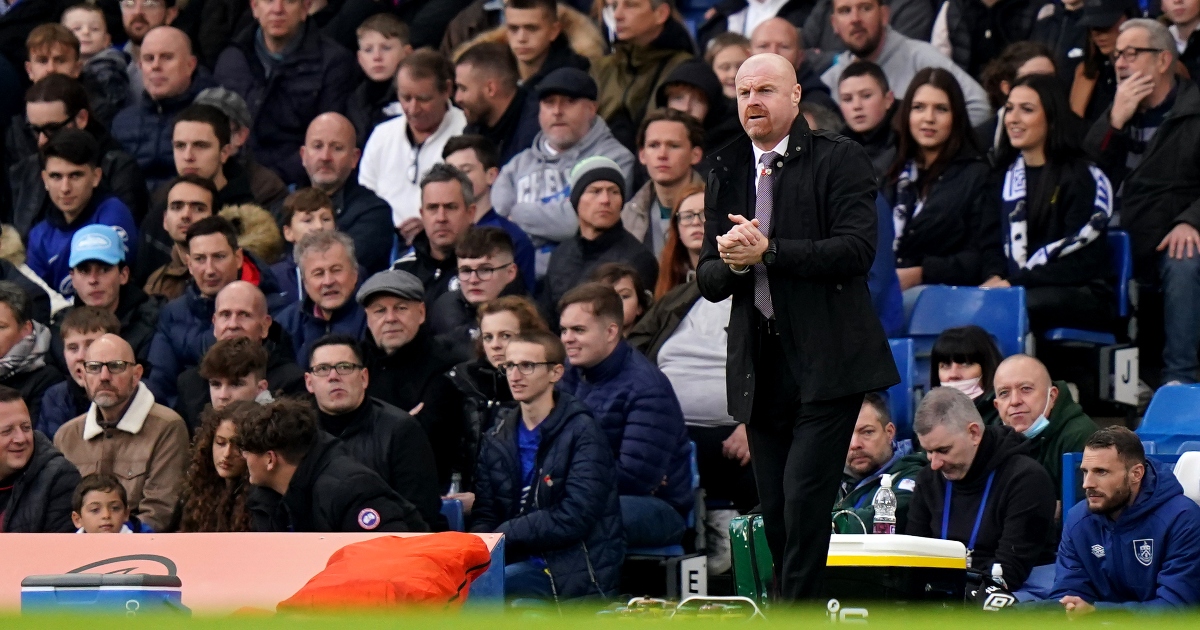 Burnley manager Sean Dyche has agreed with Thomas Tuchel that his side rode their luck against Chelsea during their 1-1 draw on Saturday.

After the match, Tuchel claimed that the visitors ‘stole a point’.

The German head coach said: “It was a fantastic 90 minutes when you look at performance. It can only happen in football.

“That’s why everyone loves the game – a team can steal a point if the other team forgets to score the goals they deserve.

“Of course I’m disappointed. If we played this game 100 times, we’d win 99 times. Today we didn’t win it. The second goal would have decided it. It’s always possible you miss one ball, one cross, and this can happen.”

And Dyche instead of hailing his side’s defensive resilience, he agreed with Tuchel.

“I can understand him being frustrated,” the 50-year-old said.

“Any team that makes that many chances I can understand him being frustrated. If the shoe’s on the other foot I’d be thinking ‘how didn’t we win that’.”

He added: “They’re a top side. We know that – they’re flying at the moment, top of the league, the feel of the place you know, and I thought they were terrific in the first half.”

Elsewhere, Dean Smith has been relieved of his duties as Aston Villa head coach.

Smith, who guided the club back to the top flight, has paid the price for the team’s disappointing form this season with Villa having lost their last five games.

Villa chief executive Christian Purslow said in a statement on the club’s website: “This year we have not seen the continuous improvement in results, performances and league position which we have all been looking for.