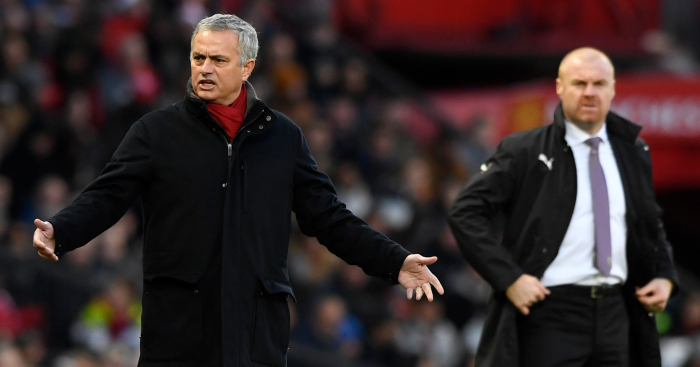 Burnley boss Sean Dyche has revealed a bizarre meeting on the street with Tottenham manager Jose Mourinho, the day after their meeting in the Premier League, which saw Spurs run out comfortable 5-0 winners.

After watching his team ship five at Jose Mourinho’s Spurs last weekend, Dyche then had a shock encounter with the Portuguese coach the following day after he stayed in London overnight.

“Strangely, after a bad day for us, a bad result that’s for sure, the next day, with nine-odd million people in London, I bump into Jose Mourinho,” he revealed.

“I spoke to him more than I have before, ever. We had a good 10 minutes and he was very polite, very kind to my family. It was an interesting moment in a city of nine-odd million people.

“I was on my way to Poundstretcher by the way – he was on his way to Harrods!”