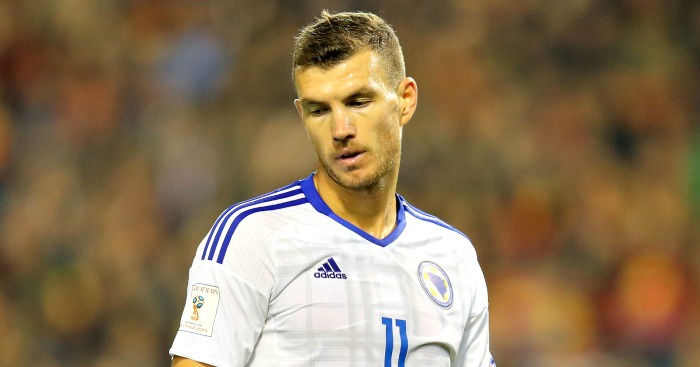 Edin Dzeko has defended his actions after being sent off for Bosnia for pulling down the shorts of an opponent.

Bosnia squandered the opportunity to strengthen their position in World Cup 2018 qualifying Group H on Sunday after a 1-1 draw with Greece.

Miralem Pjanic’s first-half opener was cancelled out by an injury-time equaliser from Greek defender Georgios Tzavellas, keeping the Bosnians in third place, three points behind their rivals.

Former Manchester City striker Dzeko was dismissed in the 79th minute of the clash for a second bookable offence, having pulled down the shorts of Sokratis Papastathopoulos.

The Roma forward pleaded his innocence after the game, insisting the referee had made a mistake.

“The referee says I started the whole thing, but I was the only one ending on the floor, so how could I have started it?

“I feel like losing 3-0. Greece didn’t deserve this point,” he added.