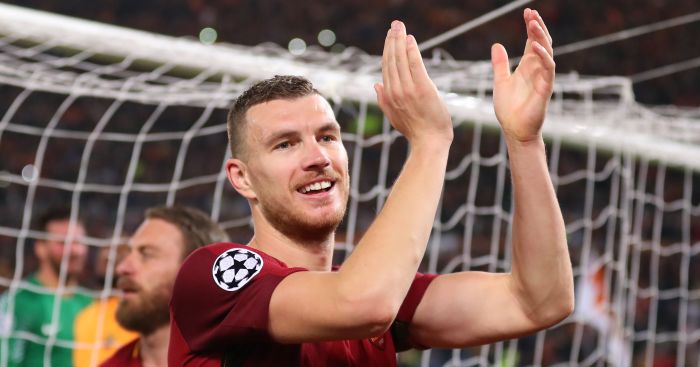 Roma striker Edin Dzeko admits that it is a shame that Mohamed Salah left Roma, but that he has stayed in contact with his former teammate.

Salah was sold by Roma last summer, and faces his old club in the Champions League semi-final having enjoyed a breathtaking first season back in England.

Dzeko, who is comfortably Roma’s top scorer this season, joked that he has told his friend to take a break from goalscoring on Tuesday evening.

“It is such a shame that he left us,” Dzeko said. “I have talked with him about his past when he was playing at Chelsea. Obviously, he was much younger and everyone knows the English league is not the easiest league in the world.

“But I think Italy did him good. He played three years in Rome and he scored a lot of goals in Serie A, he learned a lot here.

“We text each other a lot. When the semi-final draw was made, I just wished him luck in breaking the Premier League record but told him he can take a rest against us!”

Dzeko has already scored against English opposition this season – against Chelsea in the group stage- and is likely to be Roma’s biggest threat at Anfield on Tuesday.