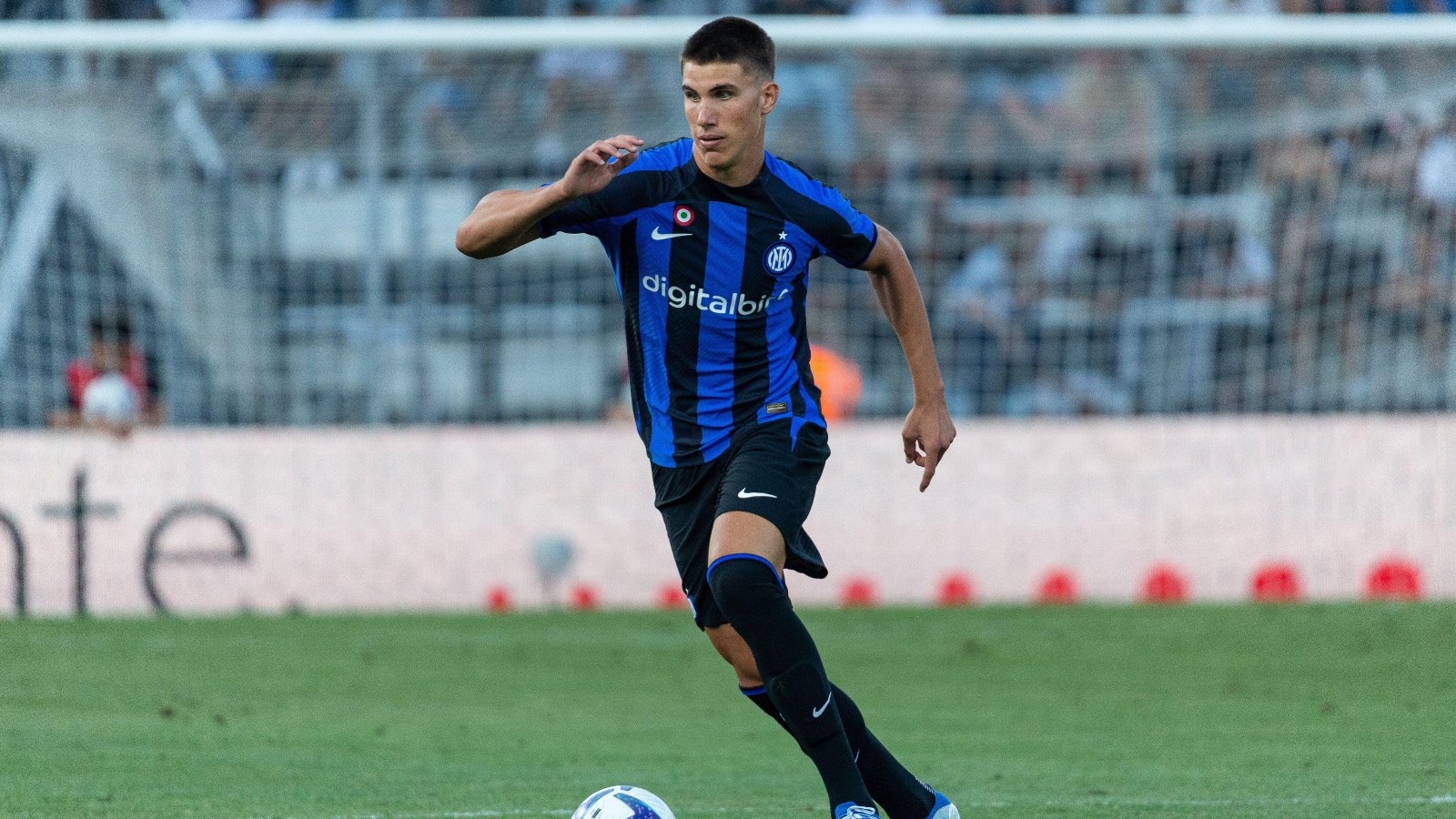 Inter Milan teenager Cesare Casadei is edging closer to a move to Chelsea, according to reports.

The Blues have been linked with him for much of the summer but faced the prospect of missing out as Nice made a late charge.

But Corriere dello Sport claim Casadei ‘prefers’ a move to Chelsea, who are now discussing the deal with Inter.

Reports suggest Inter value Casadei at around €15m and though Chelsea have made noises over a fee lower that that, it’s claimed they are willing to match it eventually.

The Blues will be hoping for some wiggle room over the fee with a ‘broader perspective’ in mind.

It’s thought the two clubs have a good working relationship after the deal was struck to take Romelu Lukaku back to Inter on loan this summer.

Sassuolo are also rumoured to be interested and are open to offering a buyback clause, which could tempt Inter into instead selling to them.

But it appears the player’s desire to move to Stamford Bridge is key to the deal as things stand.

Casadei would join fellow teenage midfielder Carney Chukwuemeka in making the switch to Chelsea this summer should he agree to the deal.

Tuchel confirmed Chukwuemeka would be part of the first-team squad this season, along with Gabriel Slonina, Marc Cucurella, Kalidou Koulibaly and Raheem Sterling, who have also arrived to take the club’s spending to just short of £170m.

And there business is far from done.

Reports in the last week have claimed Chelsea are interested in reuiniting Thomas Tuchel and Pierre-Emerick Aubameyang at Stamford Bridge.

The Gabon international scored a whopping 79 goals in 95 games under the German boss in their time together at Borussia Dortmund and could be the answer to Chelsea’s lack of goalscoring options this season.

A report on Friday claimed Tuchel ‘insists’ on Aubemeyang and is ‘putting pressure’ on Boehly to force a deal with Barcelona.

Chelsea ‘continue betting’ on the former Arsenal striker despite Xavi’s stance and they have ‘begun to draw up a plan to sign him’.

And Tuchel did little to dampen the rumours of Chelsea’s interest in his press conference on Friday, insisting “it was a pleasure” to work with Aubameyang.

Asked about a potential deal for the striker, Tuchel said: “I enjoyed working with him a lot, it was a pleasure. I’ve never had any issue.