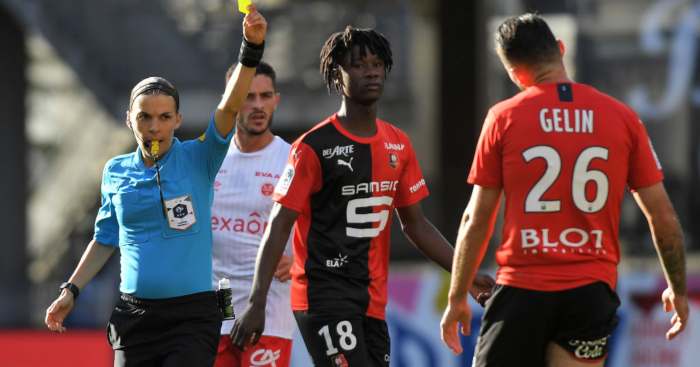 Rennes teenager Eduardo Camavinga has caught the eye of Manchester United, according to reports.

The 17-year-old has taken Ligue 1 by storm at such a young age, already making 11 league appearances for Rennes so far this season in central midfield.

Angola-born Camavinga has recently gained French citizenship and only turned 17 today where he started for Rennes against Amiens.

And L’Equipe (via Sport Witness) claims that ‘obviously’ Manchester United are part of the chasing pack in the hunt for Camavinga’s signature, with Atletico Madrid and Barcelona also mentioned.

The report adds that he is rated between €20m and €30m but that could increase depending on how he progresses during the rest of the campaign.

At such a young age, Camavinga’s representatives are relaxed about the teenager’s future and unlikely to try and force a move away from the French side.

And that could lead to a drawn out process with Camavinga unlikely to want to sit on the bench somewhere else.