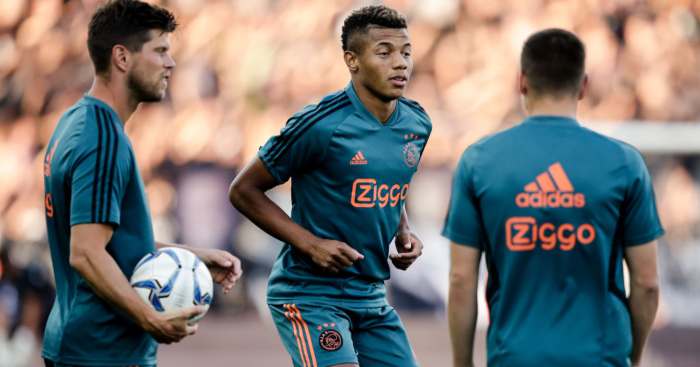 David Neres has turned down a move to Manchester United and signed a new deal with Ajax, according to reports.

Journalist Jorge Nicola reported on Saturday in his blog for Yahoo that the Red Devils had made a €50m bid for Neres.

Neres has previously been linked with Liverpool and Everton after a stellar season with Ajax, scoring 12 goals and assisting 15 in 50 games.

And now Nicola is back with an update via his Yahoo blog (via Sport Witness), claiming that Neres himself ‘rejected’ a move to United and decided to renew his deal at Ajax which made him ‘Ajax’s best paid athlete in the Dutch squad’.

The report adds that Ajax wanted at least €70m for Neres anyhow with the €50m bid falling way below his valuation.