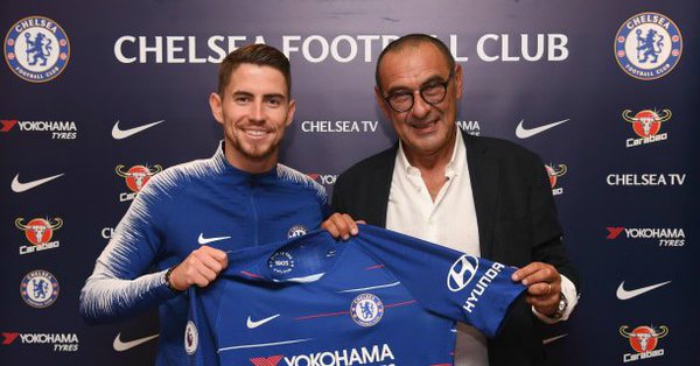 First career signing
The man with that honour is a journeyman Spanish goalkeeper by the name of Orlando Quintana, who joined the now-dissolved Lorca Deportiva in June 2005 on a free transfer from Celta Vigo. It would be the first of two spells at the Murcian club for Quintana, whose career had already peaked with a series of La Liga games for hometown club Las Palmas in 2002.

First career signing
Harry Arter and Marc Pugh, still with Eddie Howe and now seasoned members of his Bournemouth squad, were the second and third signings of his managerial career in 2010. But they were both marginally beaten to the number one spot by Liam Feeney, signed from Salisbury in February 2009 for just £34,000. How times change.

First career signing: Imagine enjoying a relatively successful 16-year playing career, earning 53 caps for your country, then branching out into coaching, managing four clubs and carving out a highly-respected reputation, but always knowing that your first signing ever was Mike Williamson for just under £1m from Portsmouth in January 2010.

First career signing: Sean Dyche has made 30 permanent signings for cash money in his managerial career since taking over at Watford in 2011. His first was former Tottenham winger Mark Yeates, purchased from Sheffield United for £380,000 in July 2011.

First career signing: We cannot claim to know who Neil Warnock signed for Gainsborough Trinity, Burton Albion and Scarborough – though it was probably Paddy Kenny – but what we do know is that his first signing for Notts County in 1989 was left-back Nick Platnaur from, irony fans, Cardiff City.

First career signing: If you know of anyone signed by Sarri during stints at Sansovino, Sangiovannese or Pescara, then do let us know. Otherwise, you will have to make do with Alessio Sestu, a central midfielder bought by then-Serie B side Avelino from Treviso for around €400,000 in 2007.

First career signing: Twitter can be horrible but Twitter can also be wonderful. We asked and we were told – Hodgson signed Lennart Lie Larsson for Halmstads in 1976. They won the title.

First career signing: He made a whole raft of signings when taking over as Director of Football at Estoril in the summer of 2011. This gang of free transfers and loan signings won the league and promotion that season, with Silva in the manager’s chair by the end of September.

First career signing: As manager of Partizan Belgrade, Jokanović made three signings as the January transfer window opened in 2008: Centre-half Milan Vjestica on a free transfer, keeper Mladen Bozovic for £135,000 and striker Dragan Cadikovski for £90,000. They won the league with teenage captain Stevan Jovetic.

First career signing: Cast your minds back to the heady days of June 2016, when little-known one-hit wonder Drake topped the British music charts, Leicester were one month removed from becoming Premier League champions, and Jeremy Corbyn was an absolute joke. Ah, good times. Oh, and David Wagner swooped to sign Elias Kachunga on loan from Ingolstadt.

First career signing: Few managers can claim to have a more illustrious first signing ever than Claude Puel. His Monaco side was the first venture into Europe for Rafael Marquez in 1999, with the Mexican joining from Atlas for £3.8m.

First career signing: As if to really hammer home just how different Pep Guardiola’s coaching beginnings were in comparison to his Premier League counterparts, his first ever signing as a manager was £11.2m Sevilla midfielder Seydou Keita.

First career signing: Here’s a quiz question for you: Which four players have been signed by Jose Mourinho more than once? Four are obvious, with Paulo Ferreira, Tiago, Ricardo Carvalho and Samuel Eto’o all very much synonymous with the Portuguese from his time at Porto, Chelsea, Inter Milan and Real Madrid. But the fifth was purchased during his seven-month tenure at União de Leiria. Mourinho would go on to bring Maciel with him to Porto.

First career signing: Some managers are defined by the signings they make. Somehow, it would feel weird if the first purchase Mark Hughes ever made as a boss was not that of Robbie Savage. In his first club post after starting life as a head coach with Wales, Hughes signed Savage for just over £3m from Birmingham for Blackburn in 2005.

First career signing: Mauricio Pochettino was tasked with rescuing a seemingly doomed Espanyol side when appointed to his first managerial post in January 2009. He achieved what was thought to be impossible thanks in no small part to his first signing, Ivan Alonso, who scored five goals and assisted two in 16 La Liga games after joining that winter.

First career signing: Back in 2006, Javi Gracia took over third-tier Pontevedra and signed Brazilian-born forward Igor from Braga for the quite-considerable fee of £180,000. Igor was last seen playing for Spanish minnows CD Boiro. We presume he is massive.

First career signing: Anybody got extensive knowledge of Chilean transfers in the late 1980s?

First career signing: When Nuno Espirito Santo took over at Rio Ave in 2012, the very first thing he did – as we all would – was sign teenage Brazilian defensive midfielder Felipe Augusto from Bahia for £2m. It went so well that he joined Santo at Valencia, but that proved to be a bridge too far for the man last seen on loan at Alanyaspor in Turkey.