Home Winners & Losers Early loser: Barcelona, precisely where they deserve to be 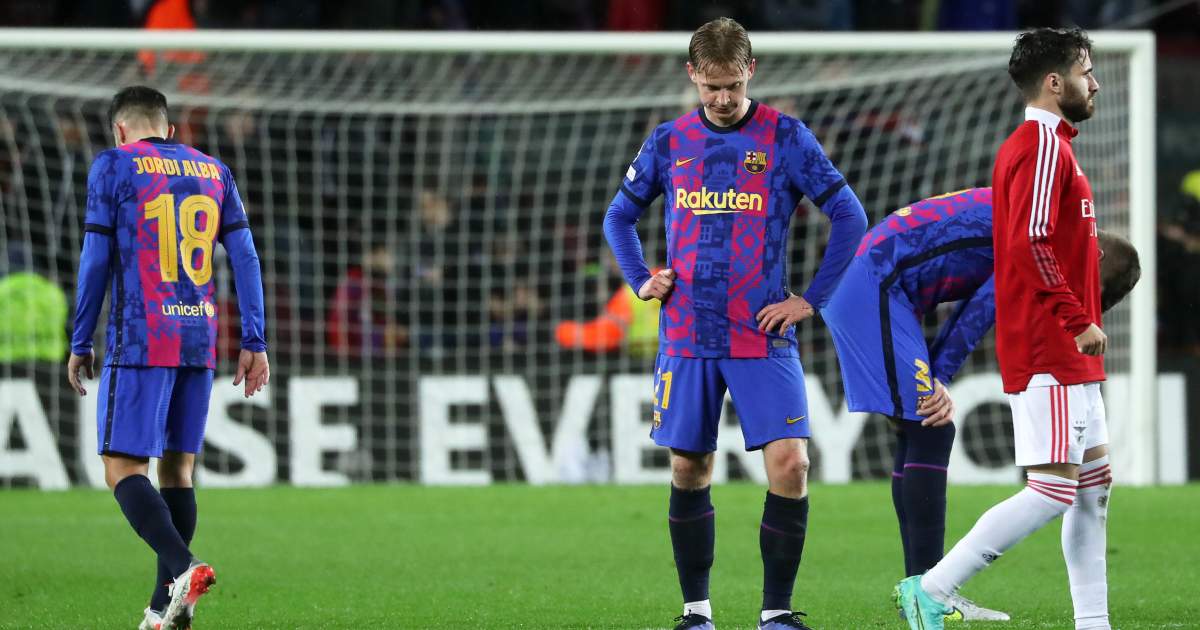 Barcelona generally end up where they deserve to be.

With their history and wealth and resources, this usually means somewhere in the top two in La Liga and well into the knockout stages of the Champions League.

This year, Barcelona are once again firmly on track to end up precisely where they deserve to be: a distant seventh in La Liga and now facing the very real prospect of plunging into the Europa League after Christmas. So poor are they that you wouldn’t even expect them to salvage some pride by going on to win that consolation prize.

It’s hardly news, and the reasons behind it are well known, but this remains a shudderingly mediocre Barcelona side. It’s quite discombobulating for anyone who grew up through the Messi years.

Early winner: Chelsea’s intent boys – best since the Class of 92?

Right now they look precisely like what most of the rest of La Liga aspire to be: solid enough in all areas with a couple of brilliant youngsters that might give you a couple of years before one of the big clubs with all the money come along and hoover them up.

This is Barcelona’s 18th consecutive season in the Champions League, and they have qualified from their group in the previous 17. Both those records are under stark threat this season and the most damning thing is that this isn’t even a surprise.

Barcelona aren’t Manchester United; they are not a team full of rich talent that is currently for whatever reason far less than the sum of their parts. They just aren’t very good.

New manager Xavi appears determined to give youth a chance and he might as well. His status at Barcelona – a club where appointing a club legend as manager actually has some history of success – means he will get a longer rope than most. The current grim state of things might at least present a rare opportunity to look ahead rather than the usual laser focus on the present.

But that is a pretty glass-half-full reading of the current situation after a goalless draw against Benfica left Barca’s qualification hopes in their own hands only in the most technical of senses.

Leading Benfica by two points, they simply have to match the Portuguese side’s result in the final round of group games. The only problem there being that Benfica have Dynamo Kyiv (one point from five games) at home and Barca have Bayern Munich (15 points from five games) away.

A Barcelona team that has scored just two goals in five group games and bereft of confidence must, in all likelihood, achieve arguably the hardest task in European football right now and beat Bayern on their own turf to prolong one of the proudest Big Cup records around.

It is very much a long shot. Far likelier really that Benfica suffer a fit of nerves and fail to finish their dinner against a Kyiv side with nothing to lose. But even then, if Barca do scrape through, you can’t imagine anyone in the last 16 fearing them in the draw.

That is the bleakest thing. There is nothing about this Barca side to make you think they can suddenly explode into life. They can’t remember who they once were because, with the exception of their new manager, these guys never have been.

And even Xavi hardly inspires confidence. Complaining afterwards that Benfica came for a goalless draw was indicative. Most obviously you’d say well of course they did, knowing the remaining fixtures and what a draw would mean. But more than that is what this acknowledgement means; the fact that Xavi even felt it worth saying given the context of the fixture tells you so much about Barca’s current standing.

Ordinarily, the idea that a visiting team would be happy to leave Barcelona with a goalless draw would go without saying. But for Barcelona right now, things are far from ordinary.