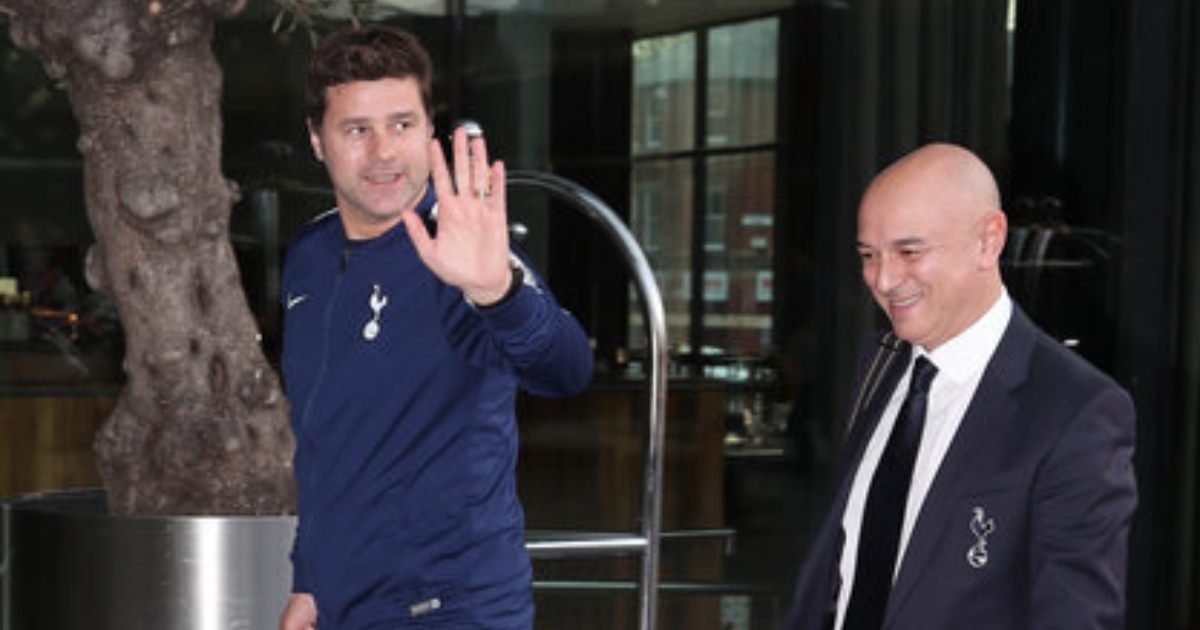 Barcelona are obviously and literally the big losers. Yet Daniel Levy must have felt a tinge of regret watching Mauricio Pochettino soar.

In the most literal sense, obviously Barcelona were the big early losers. They quite literally lost 4-1. At home. They are most likely out of the Champions League again, and at the first knockout hurdle. The club has a mountain of debt, a wantaway icon and a sub-par manager. There’s lots of good reasons why they should be the early loser.

But are they as big a loser as Daniel Levy right now? Are they really? No. They are not.

Levy is currently occupied determinedly covering both ears with his hands and studiously ignoring any outside noise suggesting his beloved Jose Mourinho might just possibly be a washed-up has-been after all, and that however expensive getting rid of him right now might be it will probably be easier and less painful – and ultimately less expensive – than waiting for him to burn absolutely everyone and everything around him down first.

Yet even in that state, he can’t fail to have noticed what his old flame Mauricio Pochettino was up to last night, giving Barca what for in a thrilling display of Champions League brilliance. Bring back any memories, Daniel?

The contrast between the current trajectories of Pochettino – already with silverware under his belt at his fancy new club – and Spurs is easily observed, but the joy of PSG’s football really did show what Levy and Spurs once had and what is now so very, very far away.

Social media is, inevitably, awash with Spurs fans bemoaning anew Pochettino’s sacking and wondering what might have been.

I still think Levy’s big mistakes came before and after that decision. At the time Pochettino was sacked, Spurs’ league form had been in the toilet for 10 months.

Tottenham won just three of their final 12 Premier League games of the 2018/19 season, and just three of their first 12 of 2019/20. Mitigation abounds: most obviously that memorable Champions League run, the goodwill and credit in the bank from the previous four years, and perhaps in the end the biggest one and most interesting counterfactual: could or would things have been different if Tanguy Ndombele and Giovani Lo Celso had arrived fully fit and firing?

But the point is that for all the great things Pochettino did at Spurs, their league form over a significant period of time was every bit as bleak as it is now and in markedly similar ways: confidence shot to pieces, horrendous individual errors and a general air of moribundity around the place. True, the football under Poch at its absolute worst was never as harrowing as the depths to which Mourinhoball can take you, and never was he himself as poisonous and damaging a figure.

Yet the spark had gone. Pochettino himself had spoken of leaving had the Champions League final gone the other way, and the fact the idea was even in his head says much. Spurs and Pochettino needed a break. It was a wrenchingly difficult decision, but probably the right one.

Where Levy got it so badly wrong was in the two years that created that ultimate ennui, and then in indulging his own whims and egos and getting himself the manager he had for so long coveted above all others despite all the warnings and evidence that it was not the right move.

Pochettino himself is almost certainly not blameless in Spurs’ ultimately disastrous failure to freshen up an excellent squad for pretty much two whole years. They really were so close to something the year they finished second behind Chelsea and miles clear of absolutely everyone else. That was when the biggest mistakes were made during Pochettino’s time, not when it came to an end.

The lure of Mourinho was understandable. He hadn’t managed a club outside the elite since his Porto days and he retains a presence and reputation and bewilderingly large coterie of fans who follow him from club to club defending everything he does and blaming the players of yet another club who have, bafflingly and unfairly, become entirely uncoachable at the precise moment Jose turns up.

If nothing else, Mourinho did wonders for the Amazon documentary ratings. It would have been a drab show without him. He is still a big deal.

A Carabao Cup won’t make up for that. Pochettino gave Spurs some of their greatest European nights. As he enjoyed another, his former club haven’t looked further away from that point in half a decade.

Levy already has a lot to think about once he faces the reality of his situation. This was a stark reminder that sometimes you don’t realise you’re living through the good times until they’re over.