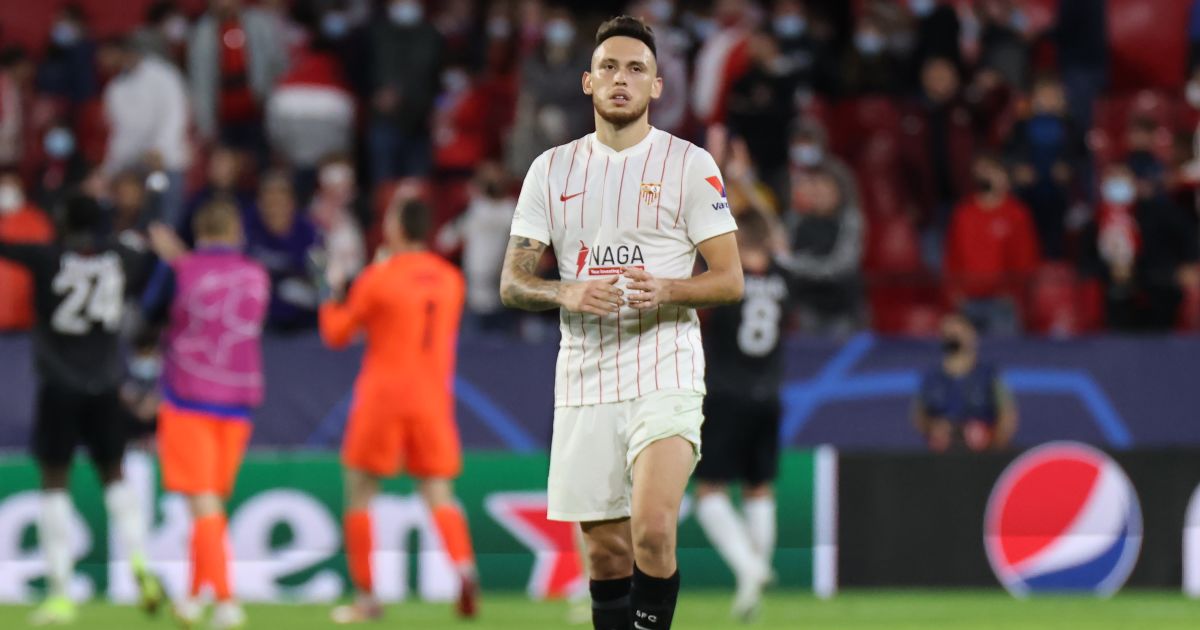 There’s always one group. No matter how much UEFA might try to algorithm and seed any peril or drama out of the Champions League group stage, there is always a group that slips through the net and turns out to be a proper four-way scrap.

A surprise Ligue 1 winner with the lowest coefficient among all 32 teams from pot one here, the fourth best team in Spain from pot two there and a couple of dangerous Austrian and German teams from the lower pots and boom. You’ve got yourself a low-key group of death.

Nobody pays it much attention, because it doesn’t have any of the big fish in it. Lille, Sevilla, FC Salzburg, Wolfsburg. It’s all, if we’re going to be snobs about it, a bit Europa.

And for the best possible reasons, there is no team more Europa than Sevilla, winners six times in the last 15 years.

This season, they will have had far higher targets, especially having been handed the precise sort of European draw they have shown time and again they can carve apart for fun – only this time with the added bonus of it being in the Big Cup.

One problem: they’re making a rare bollocks of it.

Four games in they are still without a win and Tuesday night’s home defeat to Lille, coupled with Wolfsburg beating leaders Salzburg, sees the Spanish side now bottom of the group and facing the prospect of not only missing out on the knockout stages of the Champions League but also the chance for a seventh Europa title.

They will need to do what they have not managed so far and win at least one match just to stay in European competition at all, and the meek response here to seeing a 1-0 lead turn into a 2-1 deficit thanks to Lille goals either side of half-time doesn’t bode well.

It’s all the more mystifying considering not only Sevilla’s record over such a long time against this kind of calibre of opponent, but also their domestic form. They sit third in La Liga, just a point behind surprise leaders Sociedad, level on points with Real Madrid and ahead of both Atletico Madrid and crisis-ridden Barcelona.

That at least offers some encouragement that this can be turned around on the final two matchdays – and two wins from two eminently winnable games would do it – but it simply shouldn’t have come to this for a side with so much European experience.

For a club like Sevilla, failing to reach the Champions League knockout stage is no disaster. But failing in this once-in-a-lifetime group, and failing so hard that they even bypass the familiar comfort of the Europa safety net really would be an egregious missed opportunity.