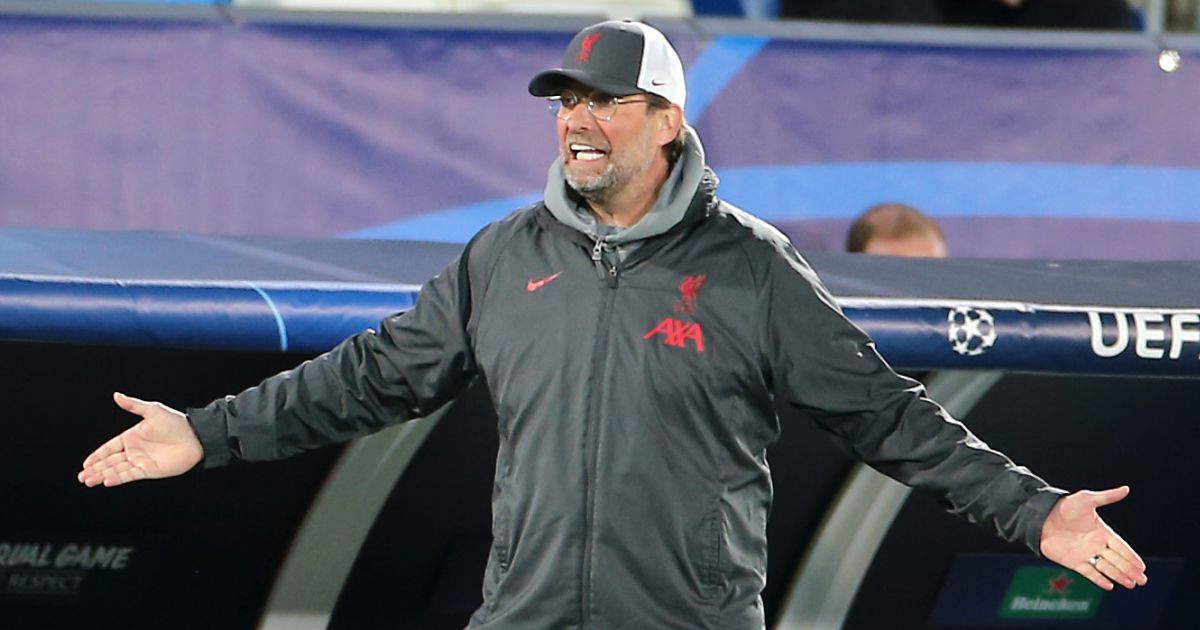 Lord knows we’re not about to start ruling out the possibility of Liverpool overturning a disastrous first-leg result when they get a Spanish superpower back to Anfield, but right now theirs is a season in danger of totally unravelling after a horrible Champions League quarter-final first leg in Madrid.

And the manager is starting to show the strain. Klopp has never been a good loser – few winners are – it’s just that in the last couple of seasons, there have been so very few defeats to expose his often quite unhinged and deranged reaction to defeats and setbacks. The Atletico Madrid Champions League defeat last season was one such occasion, and this year there have been many, many more.

Barring One of Those Memorable European Nights at Anfield next week, this season will go down as a huge disappointment for Liverpool. Scraping a top-four place as they may well do will prevent it becoming a total disaster, but let’s not pretend ‘Securing Champions League football for next season’ was even on the checklist when the season started. For a team that had just absolutely pissed the league by an indecent margin, that was a given.

The consistency, and with it the aura, has gone. Liverpool remain capable of hitting the same highs as over the last couple of years, but the lows are both far lower and far more frequent, and the manager is not coming out of it well.

Big mistakes have been made at big times. Yes, the centre-back injury crisis is preposterous and hugely damaging and came with no perfect solution, but Klopp and Liverpool certainly haven’t made the best of it. Fabinho was doing a perfectly decent job when he filled in at the back but his absence from the midfield was so keenly felt that the cure was worse than the disease.

With the exception of perhaps Mo Salah, none of Liverpool’s stars from the last two campaigns have been quite as good – with TAA now an Active Cause for Concern and even the most outspoken pundits starting to wonder whether Gareth Southgate might have had a point.

At the heart of it all is Klopp, a manager who has delivered things Liverpool fans craved above all else and remains quite rightly beloved by a fanbase that will never forget, but who now finds himself facing the challenge of once again turning Liverpool from challengers to contenders and then to champions again after a glorious and thrilling yet all-too-brief period at the very summit of the game.

His swipe at the referee after Liverpool’s meek and error-strewn defeat smacked of desperation – an attempt to find anything to deflect attention from his and his team’s failings. At least he doesn’t just Mourinho his players under the bus, but you get only minimal credit for that.

Klopp has a situation that needs to be turned around. Kickstarting that in the return leg next week would be ideal, but he is a manager suddenly facing plenty of questions with good answers no longer coming quite so easily as they once did.