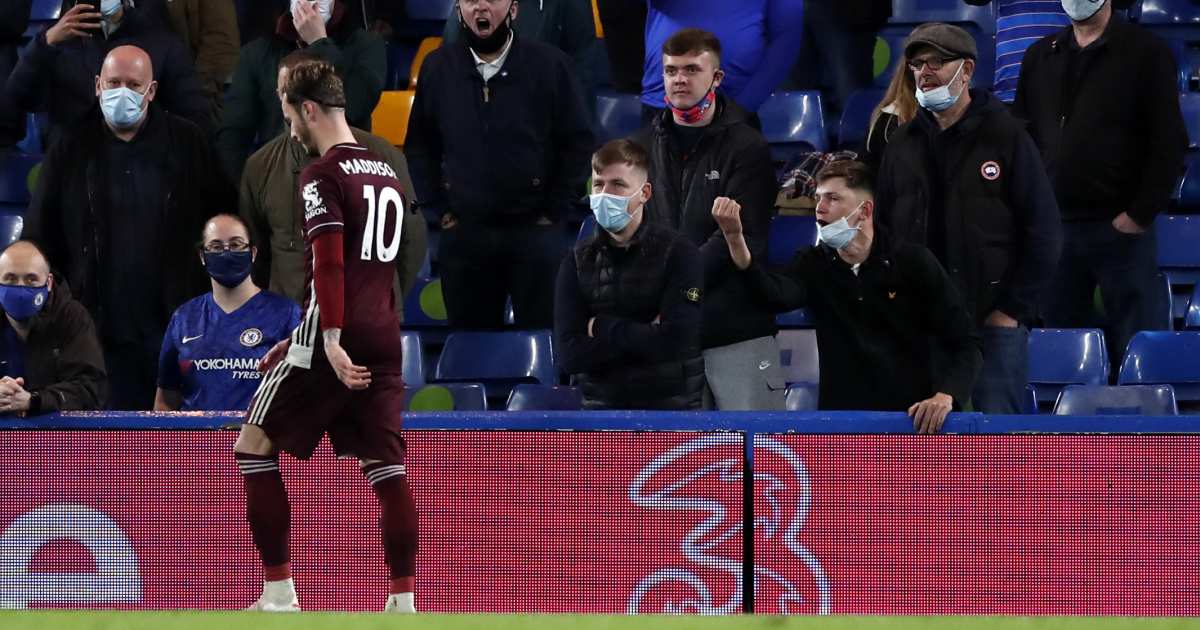 It’s all relative and in the grand scheme it’s clearly thoroughly stupid to call Leicester losers just days after they won the FA Cup for the first time in their history.

But strap in, because that’s what we’re about to do. Stupid like a fox.

Leicester fans will, for the most part, still be pretty happy with their lot. The last five years have been nothing short of extraordinary and if finishing fifth was the price to be paid for that wonderful, life-affirming Wembley glory then most would happily pay.

For the club, though, and for Brendan Rodgers in particular, missing out on the top four again after last season’s collapse would be a kick in the bollocks.

Mitigation is plentiful. The FA Cup run has fully justified itself but was undoubtedly draining, not least because of mitigation number two, Leicester’s daft injury list. Even now they are not back to anything like full strength, with Harvey Barnes’ absence keenly felt. Before he was removed from the picture, goals were coming from all over. Since then, it’s been pretty much all Kelechi Iheanacho, who on Tuesday became the first player ever to score on every day of the week in a single Premier League season, which we argued strongly should make him the early winner.

Anyway, the point is that the drying-up of most other goal sources for the Foxes without Barnes is surely no coincidence.

Early Winner: Graham Potter and a well-timed slice of Potterball

Above all, though, and again understandably, they just look utterly knackered. The FA Cup final should have been the glorious closing chapter to the season. Fate has conspired to force them to play two all-important encores and it’s asking a huge amount.

While the first half at Stamford Bridge was mainly spent in a Timo Werner banter wonderland, there was no escaping the fact that Leicester were utterly absent. While Werner knee-sliding in celebration of a goal he must have known was going to be disallowed was one of the truly great sights of the season, there was little doubt that the goalless half-time scoreline could not possibly hold.

Leicester have been in the top four for all but six weeks of the season and a permanent fixture since December. Even without the memories of last season’s Project Restart collapse, missing out now would be a tough pill to swallow.

And yet if Liverpool win their last two games, that is the fate that awaits Leicester, even if they do manage to beat a Tottenham side that still has European football to play for on the final day. Goal difference could still be a factor, but having been in the top four for nearly the whole season, Leicester now find themselves heading into a tough final game with their fate only very sketchily within their own hands.

That it is Tottenham who Leicester face on the final day is also significant – not just because it means a higher difficulty tariff than would be optimal for such a game. There is no clearer example than Spurs of how hard it is to continue trying to punch forever above your weight, and how every such team has a shelf life. Leicester at least have the silverware to show for their time in the sun, but it would be painful as a fan not seeing this fine team playing at Europe’s highest level.

These chances can’t keep being spurned; there is no guarantee they will come around again.