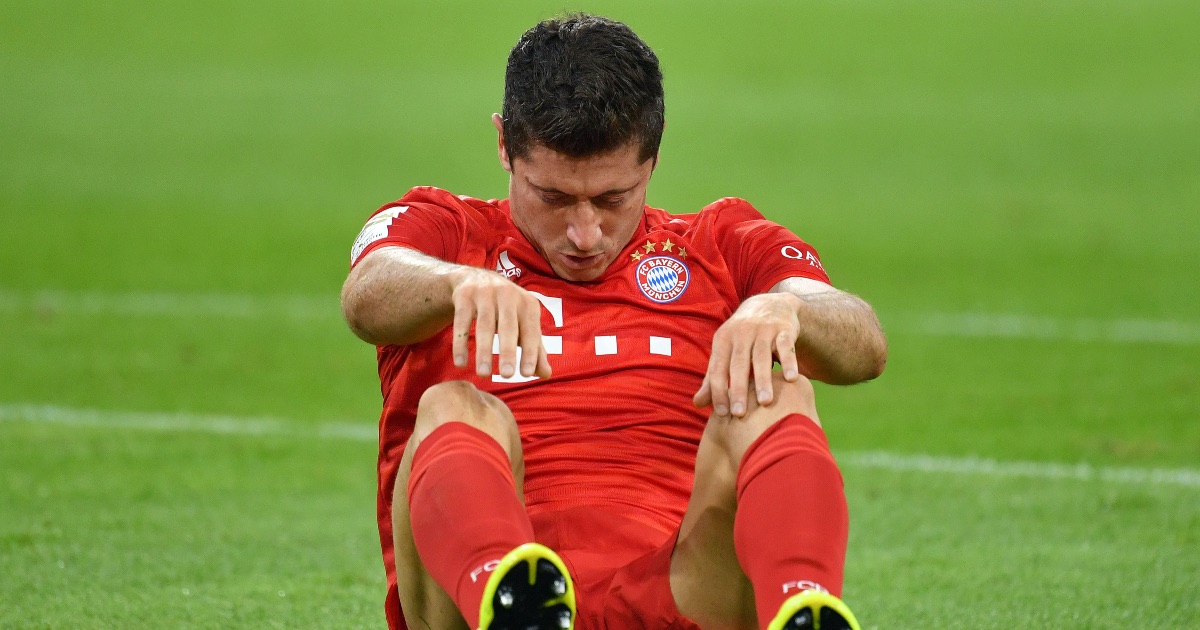 When people start complaining about injuries and the unfairness of it all, our eyes tend to glaze over and we drift off to our happy place until someone starts talking about something less dull.

So please forgive us as we embark on a few hundred words now about injuries and the unfairness of it all.

If it helps, we’re going to be moaning about international breaks as well which is much more of a crowd-pleaser.

Because however good PSG’s win over Bayern was and however delighted we were to see Mauricio Pochettino’s happy little face, there’s no denying that Robert Lewandowski’s absence was a pisser.

He remains Europe’s pre-eminent goal merchant and these are precisely the sort of occasions that warrant the very best. Lewandowski has scored 42 goals in 36 games for Bayern this season, and the truly ridiculous thing about that ridiculous number is that, for Lewandowski, it is not all that ridiculous.

Even when you throw in all the assists your Harry Kanes get now on top of his goals, he still can’t compete with the Pole on pure numbers.

So Lewandowski missing this tie was very bad. Worse still is the fact Lewandowski was injured during an international break that could and should have been scrapped altogether or, if at absolutely had to happen, could at least have not asked European players approaching the end of a uniquely exhausting season to once again squeeze an extra three games in to an eight-day period.

From the outside, we quite enjoyed that international break. It was a chance to decompress and step back from a domestic calendar rattling along at relentless breakneck pace. But the players had no such luck.

Poland themselves felt Lewandowski’s absence after a narrow defeat to England that might well have been very different had he been around, but it’s Bayern now left truly counting the cost as their Champions League defence goes up in smoke.

Injuries are inevitable. But not all of them. International break injuries are always the absolute worst. And this season, with everything else going on, they seem more avoidable than ever.