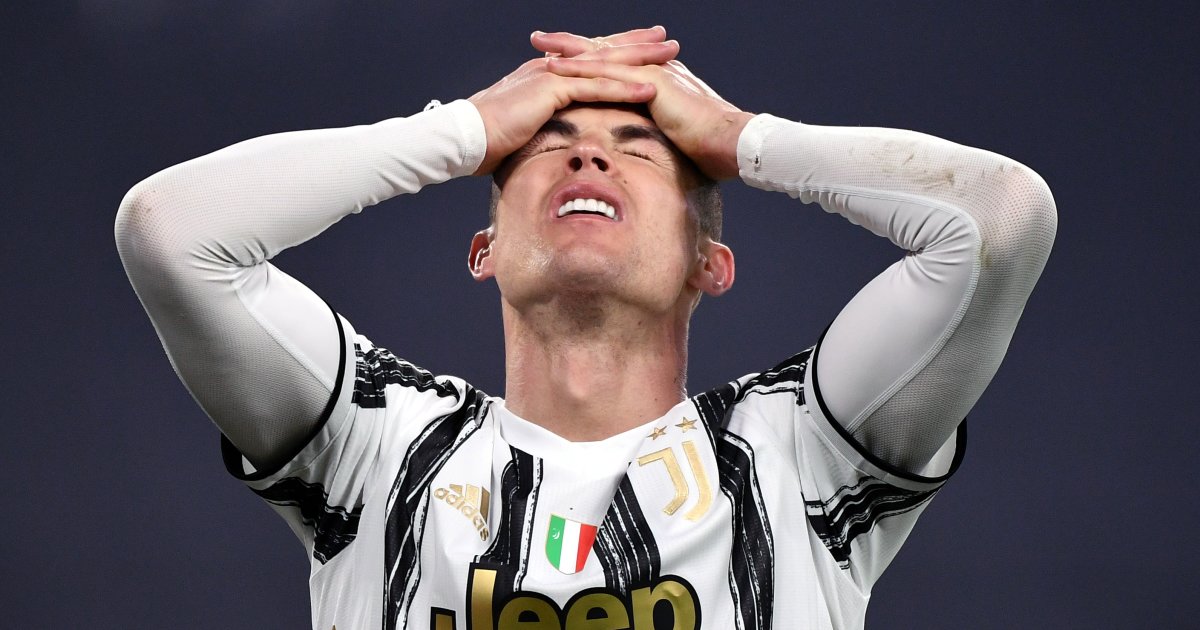 Cristiano Ronaldo has scored 92 goals in 121 games for Juventus, winning two Serie A titles and two Supercoppas in three years.

He has been a failure.

If that’s a reflection of his and his club’s pre-eminence, it’s also an acknowledgement of the very clear purpose behind his nine-figure move to Italy in 2018. Juventus did not drop 100 million on a 33-year-old to secure Serie A titles. They did not drop 100 million on a 33-year-old for a goal-per-game ratio that would nudge close to one per game. Both of those things were already givens.

Ronaldo was brought to Turin to deliver the thing Juventus craved most: a third Champions League crown after what has now extended to a 25-year wait.

The terms were harsh, the bar by which success or failure would be judged absurdly high. It was all or nothing.

And yet it’s somehow worse than that. It’s not just that Juventus have failed to scratch that Champions League itch, it’s that they look further away from it than ever. And now they might not even win Serie A.

Before Ronaldo’s arrival, Juve had been to the Champions League final twice in four years. Since he and his five Big Cup titles came to town, they have not been beyond the quarter-finals, and each of their exits – to Ajax in the last eight in 2019, Lyon in the last 16 and now Porto at the same stage – has been to supposedly inferior opposition.

The logic ran that Juve were close to winning the Champions League, and therefore signing the competition’s most prolific winner would tip them over the edge.

The problem with that logic is that frankly it’s bollocks, and betrays a dismal failure to understand how football actually works. That these decisions were made – or at least publicly trumpeted – by Andrea Agnelli means there will be little sympathy.

A man hell-bent on making sure things are easier for his club and others he deems worthy (Ajax and Porto specifically provide interesting problems for his own peculiar brand of legacy entitlement given they have four and two Champions League titles themselves, surely placing them at least on Juve’s gilded perch), Agnelli would perhaps have more joy with making sure Juventus don’t lose in the Champions League quite so often by concentrating more efforts on making Juventus a better football team.

While we can all enjoy the schadenfreude, it should terrify us anew that a man who has decided to make revolutionising and reordering European football his life’s goal is a man who believed turning Juve from contenders to champions was as simple as ‘throw all the money at Ronaldo’.

Juventus have gone from a team on the cusp to a confused rabble in thrall to the very specific playing style required of the gleaming superstar. His profile, and the club’s all-in financial investment, meant everything would have to be tailored to him. The result is a mess, a team torn apart by turning a desire for another European crown into an all-consuming destructive obsession.

That 10-man Porto’s decisive goal came from a free-kick that went through Ronaldo’s legs as he turned his back is an undeniably fitting motif for a gamble gone wrong.

If Juventus want to win another Champions League, they will have to get rid of Ronaldo. If he wants to win a sixth crown, he will have to leave Juventus.

Agnelli meanwhile is presumably working on a plan that gives former winners who play in black-and-white stripes a bye straight to the final.