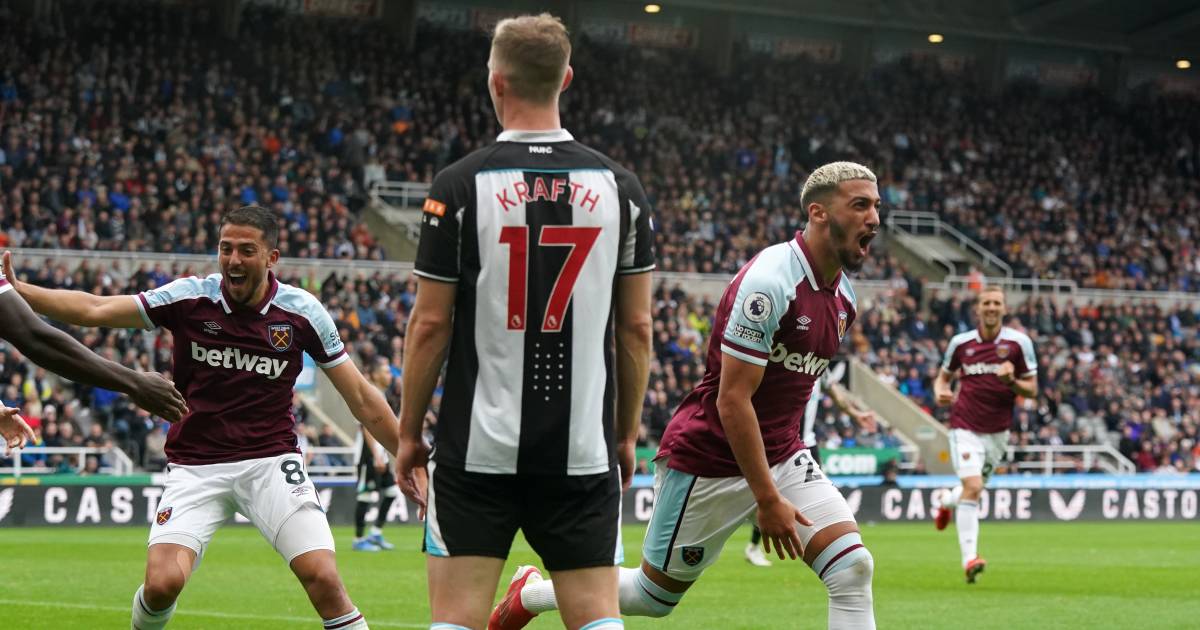 Steve Bruce’s Newcastle are determined to give fans more excitement this year. On this evidence, they’re going to achieve it – it’s just a question of which fans…

“There’s nothing quite like a full house at St James’ Park. It’s marvellous. Empty stadiums in lockdown have been bloody awful. Yes, it was a spectacle for people to watch on television but it was bloody awful for us. We’ve missed supporters – and the one thing we now know is that we can not take them for granted. They need to be excited.”

In a pre-season interview in which Steve Bruce insisted European qualification “has to be the aim” for a Newcastle team that ground its way stubbornly, impressively but often utterly joylessly to a vaguely flattering 12th last season, his main focus was time and again on the need for the returning fans to be treated to something that feeds the soul more than the thin gruel of last season.

Bruce’s side certainly delivered, in a way. This was a gloriously entertaining Premier League clash in which Newcastle played a full part for the first 45 minutes before disappearing under the weight of West Ham’s pace and pressing. Newcastle were ultimately well beaten with West Ham full value for a 4-2 scoreline.

This was the wrong kind of entertaining, the type of exciting, entertaining football Newcastle don’t want to play. The type where they are entertainers by proxy. Entertainment enablers, if you will. It was a rotten second half performance against a West Ham side who look determined to avoid any comedown from last season’s high but will know that it can’t possibly be this easy every week.

There was more than enough about this attacking performance to suggest West Ham fans need not worry. This was surely Said Benrahma’s best performance for the club, while Jarrod Bowen and Michail Antonio flickered with menace in their contrasting styles. The lung-busting run made by Antonio to score the counter-attacking, game-sealing fourth was all the more impressive for the fact that minutes earlier he had missed a close-range sitter and the subsequent penalty.

The rebound of that was rattled home by Tomas Soucek and there could be no clearer indication of the contrast in intent and belief by that point than the three-yard margin he opened up on the Newcastle defenders in the space of 10 yards following in the initial penalty. You felt sure he must have encroached, so easily was he first to the ball, but no. It was pure desire and the sort of thing that really is unacceptable to all those thousands of returning fans. Fans won’t be happy about their team being second best in terms of talent, but they will generally understand and even at times accept it. Being second best for desire is far harder to stomach.

Yet things were all so different in that pulsating first half, at the end of which Newcastle led 2-1 and were probably just about value for it despite ceding possession and territory to the Hammers for much of it.

They scored two fine headed goals and in Allan Saint-Maximin had a player delivering precisely the sort of performance Bruce had in mind with his pre-season talk of excitement and boldness.

He created the first goal, turning Declan Rice into a meme before crossing for Callum Wilson to nod home, and that palpable, audible buzz when he got on the ball warmed the heart and soul. It was a clear a reminder as you could wish for of the soullessness of behind-closed-doors football.

And yet the shift in tone of the second half was hammered (sorry) home in the equaliser as Rice and Saint-Maximin found their roles reversed. Saint-Maximin was already forced to drop deep to get the ball and that meant that when Rice robbed him Newcastle were immediately under pressure. A few seconds later, West Ham were level. A few minutes later, the Hammers were away and clear with Rice not Saint-Maximin the defining figure.

One game into the season, and Bruce already has a decision to make. His side showed in those first-half glimpses that they have the ability to play some eye-catching and progressive, fan-pleasing attacking football; but they also showed they simply can’t be trusted to do it without making things far too easy for skilful confident opponents at the other end.