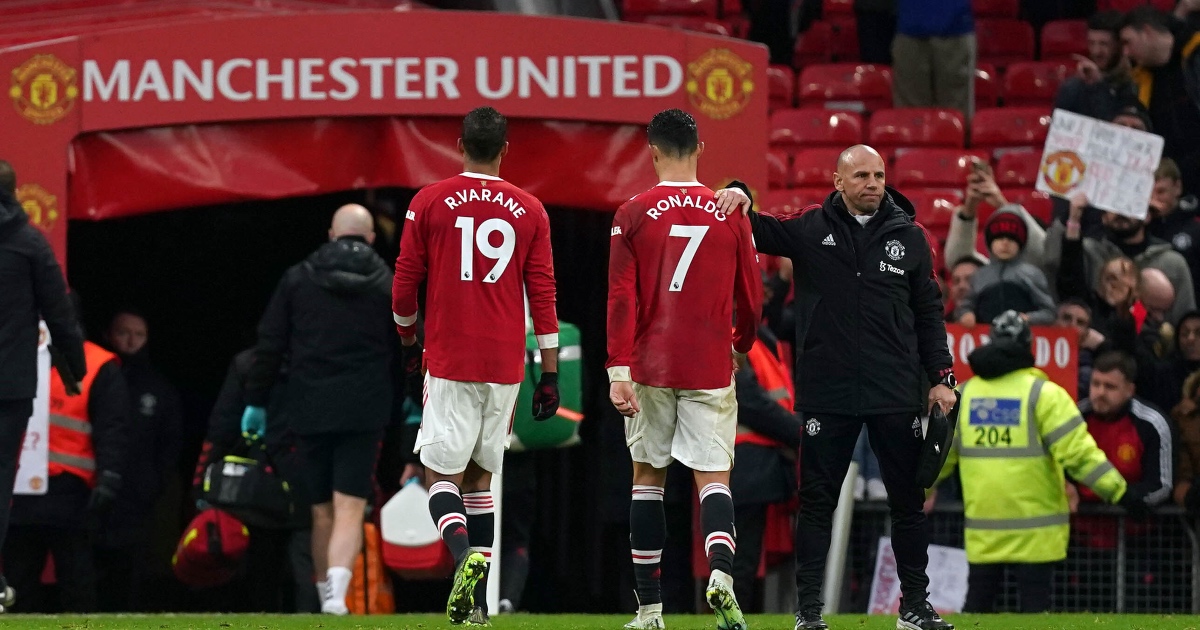 Rangnick has been getting it in the neck from all angles: his training methods are ‘old fashioned’; his team don’t score enough and concede too many; he can’t win whether he plays Cristiano Ronaldo or not. Pointing out the German’s faults is in the interests of the media, for whom United struggles garner more clicks, and apparently the players, who appear desperate for his interim role not to become permanent.

It’s absolutely fair to suggest these multi-million pound footballers deserve flak and need to take some responsibility for what is and isn’t happening, but it’s also hard not to point fingers at the manager when his team appear to play without a clear plan, and continue to have control of football games so easily wrestled away from them.

United have led at half-time in their last three games and have failed to win any of them. Burnley scored two minutes after the break at Turf Moor and it took Southampton three minutes after the resumption on Saturday. We can only guess the ideas Rangnick is relaying to his team between halves, but he should be hammering home the importance of control.

Either that’s not the message, the United players are ignoring him, or they’re unable to enact his wishes. Paul Pogba’s presence at the base of midfield makes it a far tougher task than it needs to be. He’s a wonderful footballer, but he will always try to attack, he will always be caught out of position and he will always give the ball away at times. It leaves Harry Maguire and Raphael Varane, who continue to play as though they have just met, with just Scott McTominay to protect them in transition. The poor guy did his best, but it was and never will be enough.

This United team are incredibly get-at-able. Southampton created so many good chances. They broke the press and passed it through midfield, Armando Broja and Che Adams ran the channels collecting long balls over the top, and seemingly every time United lost possession (which was a lot) the Saints had at least a man advantage in any counter-attack. There was no aspect of Southampton’s attacking play that United managed to nullify.

Southampton were really good: Broja and Adams bullied the United centre-backs; James Ward-Prowse and Oriol Romeu both wanted it more and showed quality on the ball in midfield; Mohamed Salisu, Jan Bednarek and Jack Stephens had no problem at all dealing with Cristiano Ronaldo; Kyle Walker-Peters toyed with and got the better of Luke Shaw for the majority of the afternoon.

Paul Scholes said in the studio after the game that “the players weren’t putting a shift in”. A state of affairs that only ever results in the manager being blamed as it’s easier to put one head on a stick than 11. But United have contrived a situation where dismissing Rangnick isn’t really an option, or is at least an incredibly embarrassing and potentially damaging one.

The ‘consultancy role’ Rangnick will move into at the end of the season is ambiguous enough to allow United leeway to make a late decision as to how hands-on he will be in the future. It may involve him sitting in and contributing to team meetings, or he may be sat at home on a computer holding bi-annual meetings with the chief scout. He’s not going to be the new manager – he and the players have ensured that.

Rangnick has now been at United for two-and-a-half months and, with the exception of the form of Jadon Sancho, there has been no clear improvement in any area. The attitude of the players – frustrating and hard to understand as it is – doesn’t reflect well on the manager. They’re prima-donnas, but prima-donnas can be turned into mentality monsters under the right manager.

But it is ultimately those prima-donnas that will suffer. Rangnick can move upstairs, collect a nice little wage packet and never manage again: it’s no skin off his nose. The players have already downed tools enough to ensure Rangnick won’t be given the full-time role, they should really pick them up again if they want to be playing Champions League football next season.