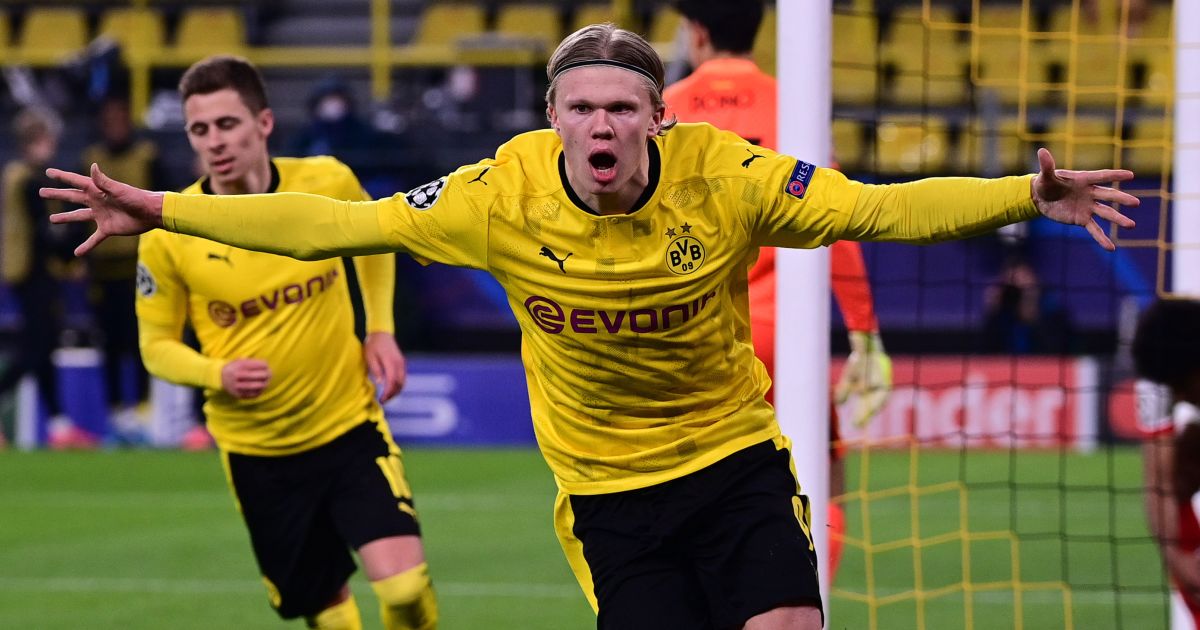 It’s a largely arbitrary number of goals, but it’s not entirely meaningless. Twenty goals represents a decent season’s work for a striker in all competitions. It’s enough goals to filter out any flash in the pan or freakish yet short run of form.

For Kane to reach that total in fewer games than all the greats to have played Champions League football was a notable achievement, even if it does provoke the inevitable ‘trophy cabinet’ and ‘when’s the parade?’ jibes and, yes, we know football wasn’t invented in 1992. Still. Twenty goals in your first 24 Champions League games. Phenomenal effort.

Erling Haaland has just done it in 14 games. Let’s just look at that number again, shall we? Until November 2019, nobody had ever reached 20 Champions League goals in fewer than 26 games. Then someone did it in 24. Now someone has done it in 14 (fourteen). That… is absurd. Haaland is absurd.

He is a footballing machine that cannot be stopped. He’s also only 20, making him the youngest player to reach the landmark. Importantly, he’s also the reason Borussia Dortmund are in the last eight at all after another scrappy and scratchy overall performance from a side that, Leeds-born goalscoring Terminators notwithstanding, is a bit of a shambles at the moment.

Haaland dragged his side through this tie, scoring four of the five goals (oh yeah, he’s also scored four consecutive Champions League braces, which is another first) in what was a bizarrely and wildly unconvincing 5-4 aggregate win.

“In four halves, we were superior in three,” said Sevilla coach Julen Lopetegui with some justification. “Haaland is extraordinary. He will define an era.”

His best goal of the night also didn’t count after he steamrollered through the Sevilla defence like a playground bully taking on the younger kids at break, defenders bouncing off him, before flicking an absurd finish past a bemused keeper from an impossible angle that should by rights have frazzled Haaland’s circuitry. It did not compute.

7 minutes of chaos summed up in 22 seconds by @ErlingHaaland — in his own words 😬☠️ pic.twitter.com/2OstbpmpDR

That goal was disallowed presumably for being quite simply unfair on everyone and breaking several laws of physics if not football, only for play to be taken back for an earlier infringement and a penalty awarded. Haaland’s first spot-kick was saved, as was his rebound attempt, but it was retaken because the keeper was off his line.

Haaland regained his composure and had the balls to put the second penalty in exactly the same spot but with a touch more conviction. This time it went in.

Every passage of play involving Haaland feels bizarre, so huge are his physical and technical advantages over all the other assorted elite footballers on the same pitch as him at any one time. He literally doesn’t look like he’s playing the same sport.

But this was a whole other level of bizarre thanks to our old friend VAR and its assorted foibles. The upshot was that despite having a wonder goal disallowed then a penalty and rebound saved, he still ended up on the scoresheet. That’s very fitting, and we are all going to have to get used to it.