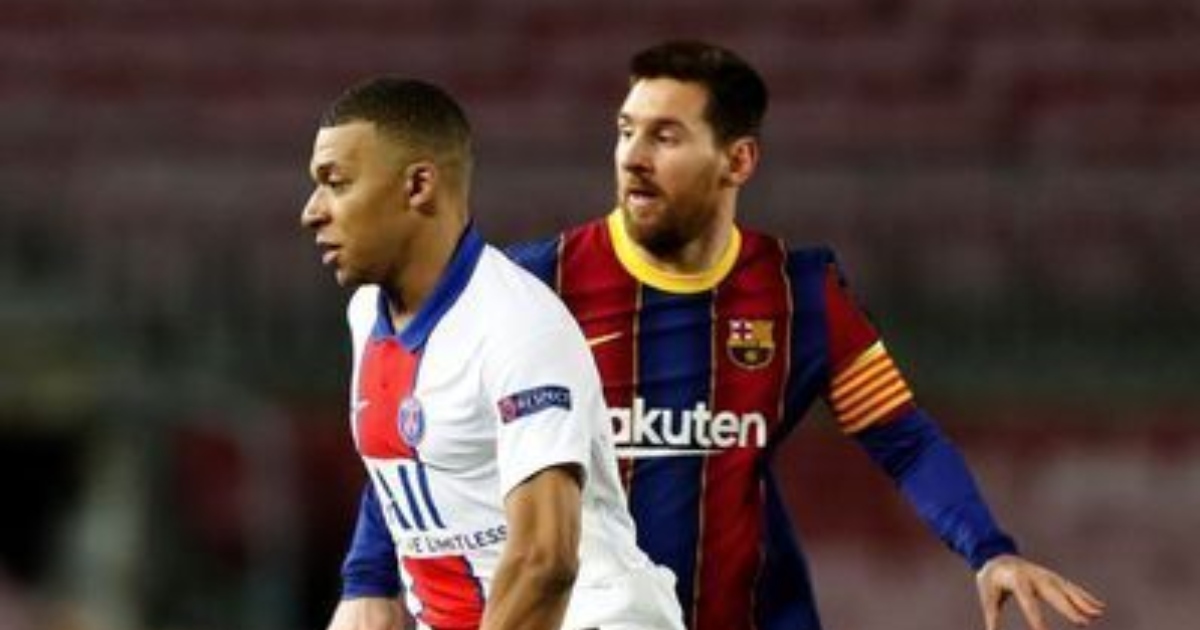 Kylian Mbappe at 22 has already enjoyed the sort of career many other players can only ever aspire to. Yet this took him to another level.

“Yesterday, at training, he asked me how many times I had won at the Camp Nou. Once, I told him.

“He replied to me: tomorrow, we are going to win a second time.”

Kylian Mbappe has achieved quite a bit at the age of 22. He’s won a World Cup where he was also named best young player, he’s played in a Champions League final, he’s got four Ligue 1 titles and assorted cup medals in his back pocket.

It’s more than most players can expect in a whole career and his could quite feasibly have at least another decade to run at the highest level. Nobody was in any doubt about Mbappe’s place in the game before this. He was very much already somewhere right near the absolute top of it.

That’s important, because it emphasises just how truly astonishing his performance on Tuesday night was. Despite all that he had already achieved at such a preposterous age, here in the space of 90 minutes he elevated himself to another plane. This was absolute stardust-sprinkled magical greatness, performed at a venue that has seen much of it and against a specific opponent who has produced a career of it.

It would be far too glib and far too easy to call it a Messi-like performance, but equally it’s hard to avoid the comparison when last night’s events might as well have been accompanied by a giant klaxon and big neon sign flashing the words GENERATIONAL SHIFT and PASSING OF THE BATON.

Hot take: Mbappe will probably never be quite as good as Messi. But he’s already something unbelievably special and only getting better. That was the truly Messiesque element to this night for Mbappe: the sight of an absurdly talented player elevating that absurd talent to yet more absurd heights. In a word: absurd.

All three goals were different, but the first and third in particular were stunning. The speed and precision of the dancing feet and close control before a rifled finish; the lovely arced effort when everyone – opposition included – can see exactly what’s going to happen just before it does but there’s not a thing to be done about it.

Another glib, facile, comparison if you want one: it was a bit Thierry, wasn’t it?

But it wasn’t even just the goals. It was the general air of insouciant dominance. After a reasonably even first half in which Mbappe and his team-mates gave as good as they got and wobbled not a jot when falling behind to a softly-awarded and emphatically-converted penalty, Mbappe and PSG took total control in the second.

There is a short yet already quite alarmingly banter-filled rivalry between these two teams in Champions League knockouts, and, while Mbappe was far from alone in tormenting Barca as Marco Verratti and Leandro Paredes helped seize a control they would never relinquish, he was in every sense the figurehead. In the absence of Neymar and Angel Di Maria, Mbappe embraced the limelight on one of the continent’s grandest stages.

And perhaps the best bit of all? He knew it would happen. He knew this Barcelona side were broken and bruised. That their recent revival was so much crack-covering paper. He knew he was ready, he knew his team were ready to take the next step. And he and they proved it.