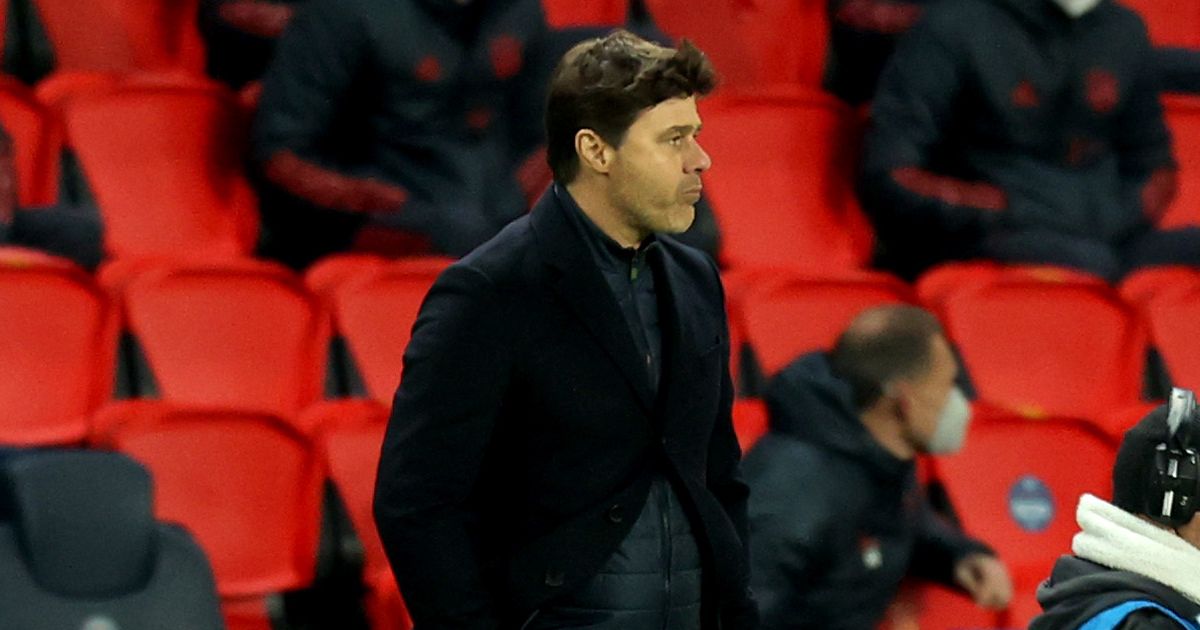 There’s no point even trying to view Mauricio Pochettino’s Paris reign through anything other than a Jose Mourinho prism right now. We’re certainly not about to try it here after he gave a masterclass in how to protect a 1-0 scoreline. It was a 1-0 defeat, but that doesn’t matter.

The facts are that Pochettino now has far more the look of a winner than the man who replaced him at Tottenham to deliver the final push over the top for trophies that Pochettino could not.

That he spent much of the 180 minutes of this tie deploying Mourinho-esque low-block-and-counter tactics was also noteworthy. The remaining Mourinho online fanboys (theory: Mourinho is personally running all those Twitter accounts with names like “AlphaMourinho” and “JoseMasterclass” or “NotAPatheticDinosaurActually” and “ItsThePlayers”) contend this shows Mourinho’s tactics can still work. Sort of: what it shows is that they can still work, just not for him.

They can still work for a coach who bothers to coach and motivate his outrageously gifted attacking players and one who can drill and prepare a defence for the challenge that awaits them without leaving them quaking in fear of a mistake or chucking them under the bus should that mistake happen.

Above all, it shows that those tactics are probably more justifiable for a two-legged Champions League tie against the best team in Europe than Fulham at home.

Perhaps the most telling thing of all is that for all the tone of the coverage is that Spurs fans are having to “suffer” or “endure” watching Pochettino and his shiny new side march through Europe, the truth is that a great many Spurs fans are absolutely thrilled about it. The affection works both ways and seeing Pochettino happy and bringing his brand of inspirational leadership to another club is, while bittersweet, still on balance a pleasant rejoinder to the misery engulfing their own club.

That Spurs fans feel the need to live vicariously through the exploits of a petrodollar superclub is in itself quite Spursy, but right now needs must and in large numbers they will take it.

Of course, we should be careful. A thrilling, seat-of-the-pants away goals win over superior opposition in a Champions League quarter-final is not new ground for Pochettino, who will become the youngest coach apart from the now fossilised Mourinho and everyone’s mate Udo Lattek to reach the Big Cup final with two different clubs if he can steer his side past Dortmund or Man City in the last four.

But whatever happens, his patience in waiting for that next job after Spurs has been rewarded. Whatever the rights and wrongs of the way his Spurs tenure ended, there was a definite sense of this being a man in need of a break. He has openly said he may well have walked away from a club he obviously loved and still loves had the 2019 Champions League final gone differently. He maybe should have done so anyway.

The break became an extended one, well over a year away from the game, and when the PSG chance came it was at once both an obvious and risky one. Obvious because he already had a connection with the club from his playing days and there are now few better positioned for Pochettino to decisively put the “no trophies” trope to bed; risky because any success will be met with “Yeah, well anyone could win with PSG” and failure is starker still.

The Ligue Un title race is far, far closer than it has been in recent years and remains a genuine four-way fight in which PSG are not currently best placed to prevail.

But the Champions League is a very different matter. They have, deservedly, knocked out the defending champions. They will fear neither Dortmund nor City. Pochettino beat both en route to that 2019 final and both have their own problems: Dortmund with the general collapse of their domestic form, City with their perennial ability to make a bollocks of Champions League knockout ties.