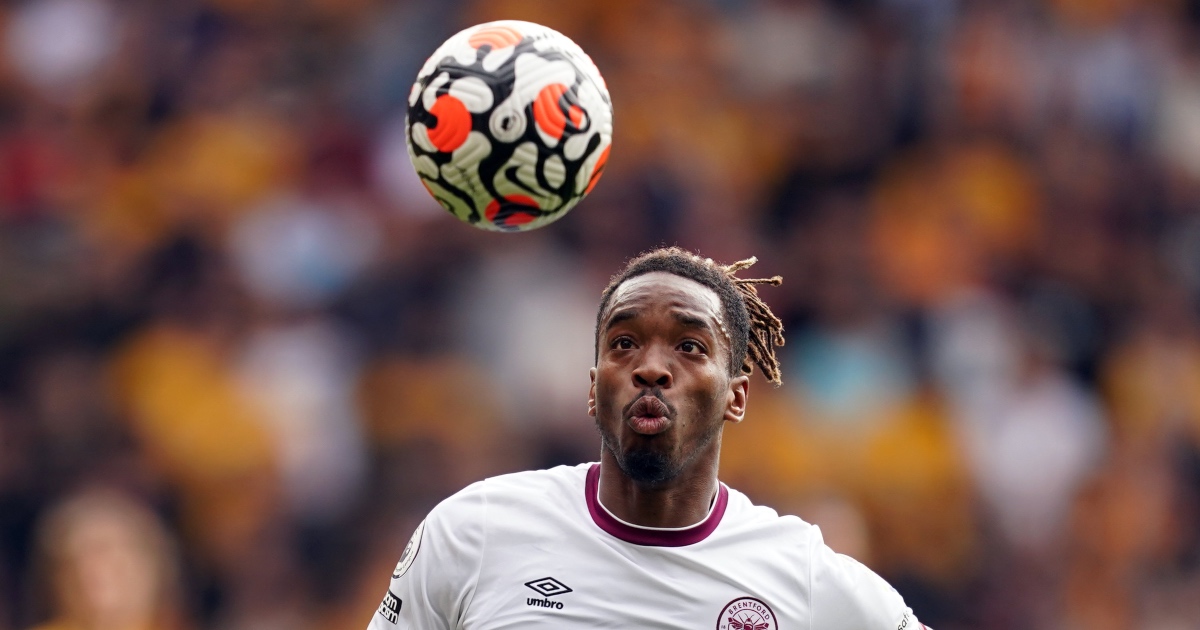 The Premier League is awash with quality strikers. Wolves and Brentford have one each, currently at opposing ends of the confidence scale. Ivan Toney has forced his way into the Premier League shop window, while Raul Jimenez is now little more than the ‘something in the back’.

The referee very clearly told Marcal to cut his sh*t literally seconds before. Some degree of holding at a corner is put up with, even expected, but the Brazilian clung to Toney like a bolognese stain to a plastic container. He couldn’t have cared less where the ball was and while it’s the sort of challenge the ten-pens-a-game brigade may contest, the voracity of the bear hug left Darren England with little choice.

Marcal’s dim-wittedness preceded a horribly petty attempt from goalkeeper Jose Sa to scuff up the spot, making Toney’s nonchalant conversion all the sweeter.

The Brentford striker, never short of confidence, was brimming with the stuff. He had two goals ruled out – the first slotted into the corner; the second cheekily backheeled over the line – before setting up the second for Bryan Mbeumo.

Toney used his body to ease Max Kilman out of the way in the channel, pressured the centre-back into a mistake, before splitting two further Wolves defenders to gift his strike partner the simplest of finishes in the six-yard box.

The difference between Toney and Jimenez was a marked one.

While the Brentford man held the ball up brilliantly and looked dangerous throughout, like the old Jimenez, the new one made poor decisions, miscontrolled the ball and looked to be missing the edge that had him tipped for bigger and better things before his harrowing injury. The Mexican’s David Dunn-esque missed rabona rather summed up his afternoon at Molineux.

And while you could be forgiven for thinking Toney and Mbeumo share a mind, considering the frequency with which they find each other, Adama Traore and Jimenez – who at one point formed the most lethal partnership in the Premier League – look as though they’re in need of a mini-break and some counselling to rediscover their spark. Traore was typically menacing, but his crosses were frequently too fierce, too long or poorly directed.

Wolves failed to find the target with any of their 11 shots and now have the third worst shots on target percentage in the Premier League (23.2%). Jimenez’s header from the one Traore cross that found him, means he’s found the target just once in 14 attempts.

Shandon Baptiste did his best to give Wolves a chance with half an hour to play, earning a second yellow card with a Marcal impression to stop a Wolves breakaway, to the great frustration of Thomas Frank, who looked to be moments away from taking the midfielder off.

But Baptiste’s folly won’t dampen the spirits of Brentford, who weren’t unduly troubled despite being a man down and now find themselves in the top half of the table.

And the primary concern for the travelling fans as they make their way back down the M40 won’t be whether they can retain their top flight status for next season, but whether their main man will still be with them.

Toney was playing for Peterborough in League One a little over a year ago. At that point it was Jimenez being linked with the Premier League elite; at this rate it won’t be long before those same rumours emerge around Brentford’s complete centre-forward.