Home Winners & Losers Early winners: Ajax, who are very much at it again 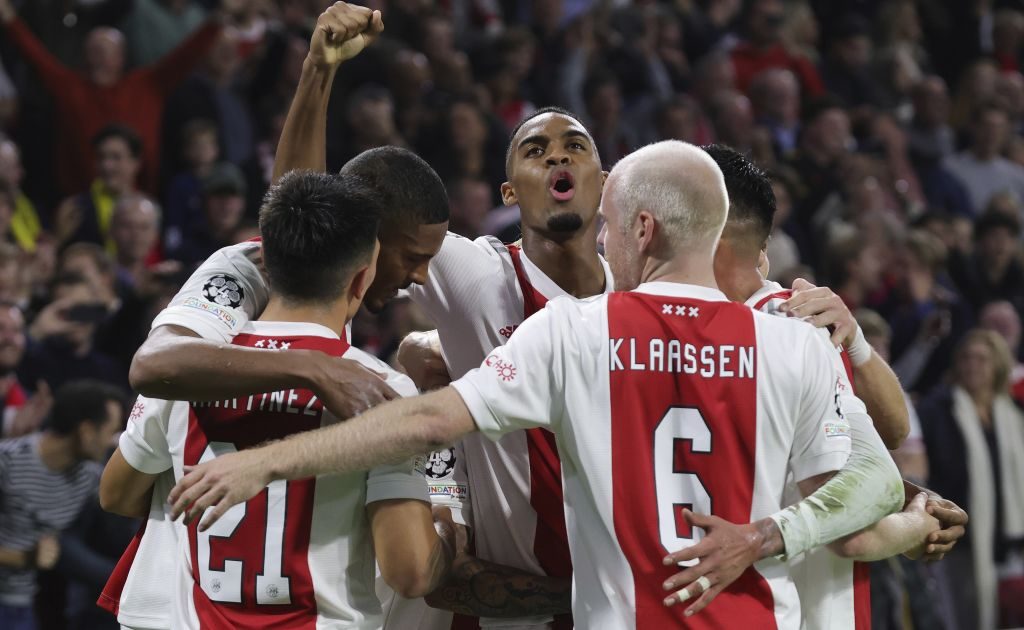 Three years on from Ajax’s last thrilling Champions League run, one ended farcically and infamously by Lucas Moura suddenly and inexplicably turning into the greatest player of all time for 35 minutes, they are very much at it again.

It’s not just that they sit top of their Champions League group with three wins from three – something only Liverpool can match from this matchday’s early starters – it’s the sheer fizz and pizzazz with which they are doing it. Again.

The 2018/19 run was memorable not just because of how far Ajax progressed, but the manner in which they did it. They didn’t just pull the bigger boys’ pants down but did so with such verve and intoxicating freedom.

That side, as excellent Ajax sides always are and always will be, was then picked off as assorted key elements went off to pastures new and theoretically greener with varying degrees of success. Erik ten Hag has, as Ajax managers always have, simply knuckled down and assembled another side to thrill the senses.

They absolutely tore Borussia Dortmund – another side a tier below the absolute elite who generally revel in upsetting the supposed order of things – apart in Amsterdam on Tuesday night. The eye-catching thing wasn’t really the 4-0 scoreline but the fact it was one of those rare occasions when you really could quite feasibly have doubled it. They’ve now scored 11 (only Liverpool can match that) and conceded just one (unmatched in Groups A to D) in their three games thus far and should now top the group from here barring an absolute nonsense in the return fixture against Dortmund. And there is simply no precedent for Ajax being on the receiving end of such an unlikely Champions League nonsense.

They really shouldn’t fret, though. Ajax’s football was breath-taking, and Dortmund had no response. Antony was sensational on the right, but it was Sebastien Haller with two assists and eventually the goal his performance thoroughly deserved, who took the headlines. If Dusan Tadic spearheading an Ajax Champions League charge was an incongruous sight for Premier League fans, then how to describe this?

Haller has now scored or assisted eight goals in Ajax’s three Champions League games this season. That’s a startling return for anyone, never mind a man with 10 goals and two assists in his 48 Premier League appearances for West Ham.

Of course, that’s naked parochialism. Haller is just another example of a player who wasn’t right for the Premier League but isn’t therefore by definition a poor footballer.

The other parochial thought it’s hard to dodge based on this was a pang of disappointment (or relief, depending on your allegiance) at Spurs’ failure to entice Ten Hag to London this summer. As they plod along effectively enough but largely without joy under Nuno Espirito Santo, it’s hard to watch games like this and not have the mind wander to thoughts of what Ten Hag might have done with Tanguy Ndombele or Giovani Lo Celso or Dele Alli or all the other assorted eights and 10s littering that squad.

But that matters not. Because while Ten Hag’s Spurs would no doubt have been great fun to watch and probably very decent it’s hard to imagine they could have had the beating of this Ajax side on the joyful thrills front. And that’s even with Lucas Moura.