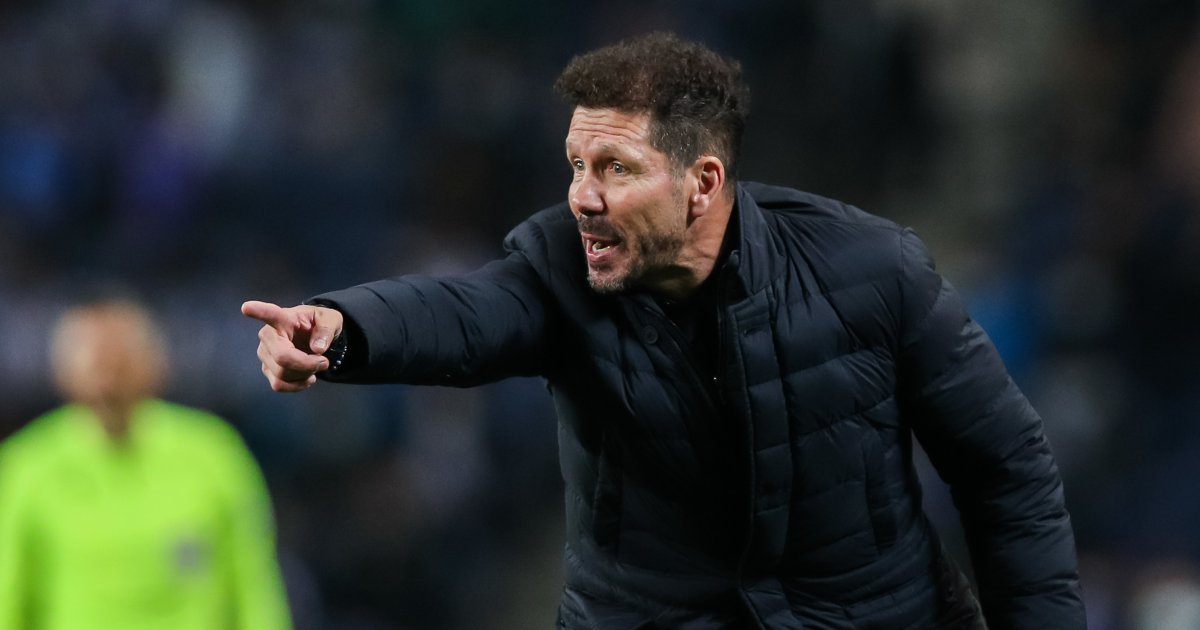 At one point in the first half on Wednesday night, with AC Milan a goal to the good against a half-awake, half-strength Liverpool already guaranteed top spot having won their previous five games, an Atletico Madrid with no recognised centre-backs on the pitch and a tearful Luis Suarez substituted through injury were sitting bottom of Champions League Group B and spiralling right out of Europe altogether.

As Porto – themselves still firmly in contention for second in a group where Liverpool’s utter dominance had left the other three tightly congested and fighting among themselves – launched wave after wave of attack, it was at times only Jan Oblak keeping Atleti on terms and in the game.

But this is also an Atletico Madrid side that refuses to buckle. Moulded in the image of their manager, the arch sh*thouse Diego Simeone, they did what needed to be done in the second half and emerged 3-1 winners to nab second spot and a place in the Champions League last 16, where few group winners would be happy to pull their name out of the hat.

A game featuring Simeone’s Atletico on one side and with Pepe prowling around the centre of defence on the other was never likely to be short of incident, but not in our wildest dreams could we have expected this.

The second half was chaos. At times it was close to farce. But having survived to half-time by the skin of their teeth and with resources so scarce, chaos was what Atleti required. It was Simeone’s best chance of success and he absolutely embraced it.

Three red cards and four goals later, his side emerged with a 3-1 win that, alongside Milan’s rather pitiful collapse against Liverpool, was enough to take them into the last 16.

It would be hard to describe what Atleti did here as the result of a plan coming together. Equally it would be a stretch to say a side with seven points and three defeats from six games really deserves a place in the knockout stage; but sometimes all that matters is getting it done.

There was no team making up the numbers in this group, although AC Milan are a pretty inexperienced side these days, yet it was quite clear quite quickly that the scrap for second was going to be a tallest dwarf contest as Liverpool bounded off into the distance.

But that doesn’t matter if you win that contest and, somehow, Atleti have done so. Having scrambled to the top of this particular pile, they go into the last 16 on a level footing with any other runner-up. They are a bit of a mess right now, but things could like very different by mid-February when the action resumes.

If Atleti can prevail when in this kind of trouble, nobody will relish taking them on in a knockout tie if they are back to anything like full strength. Simeone’s entire career here has been built on defying the odds and on Tuesday night he did so once again.