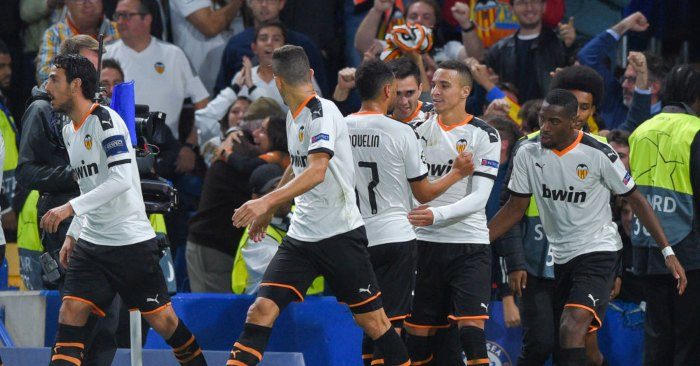 They’re hardly strangers to dysfunction, but Valencia have been plumbing particularly low depths over the last week.

To give that achievement its context, when he arrived in 2017 Marcelino inherited a side that had finished 12th in La Liga for the second season in a row. 2016/17 was a fractious campaign during which the first team cycled through two permanent managers and two separate interim spells, during which Salvador Gonzalez was placed in charge.

Chaos, essentially. So while he didn’t quite build an ocean liner out of a shipwreck, Marcelino did put Valencia on a far better footing than they’ve enjoyed for some time.

But now this. The crux of the issue, according to Sid Lowe in The Guardian, appears to be that Lim was affronted by that success. That the winning of the Copa del Rey last season irked him, because it defied his instruction to focus the squad’s resources on the league. A more general complaint, supposedly, is that the club’s recent upsurge coincides with Lim’s receding involvement and the perception – in the words of others – that this recent success has been achieved in spite of him.

The situation has been bubbling for some time and Marcelino hasn’t been shy in criticising Lim publicly. In that sense, his sacking wasn’t a surprise. Even so, spare a thought for the supporters, who scarcely had the opportunity to enjoy this new era of stability before their club has been forcefully reverted to type.

Why? Ostensibly because an absentee owner had his ego bruised.

It leaves Valencia in the hands of Albert Celades, the former Spanish international who made his coaching name with the RSFF’s age group sides and, latterly, as an assistant at Real Madrid. But he has no senior head-coaching experience and, after the hammering he took at Camp Nou last Saturday evening, seemed to offer little reassurance to an increasingly disenchanted fanbase. But at Stamford Bridge on Tuesday night there was a partial catharsis.

Valencia were fortunate to leave England with their win. Firstly because Jorginho would presumably have scored the penalty that Ross Barkley skied and secondly because, arguably, Francis Coquelin should have been sent off for the ugly tackle which sent Mason Mount limping from the pitch.

But at the end of a week full of public, social media squabbling, Valencia still answered with a defiant performance. Jasper Cillessen was required to make a couple of really excellent saves to keep the score level, but – generally – the visitors were disciplined and they were able to limit Chelsea’s influence and restrict them to half-chances.

And – interestingly – they did look well coached. Rodrigo might have scored in the first half after an excellent move which snaked up the pitch, and the set-piece which left Kevin Gameiro free to shoot over early in the second was extremely well designed. As was the free-kick routine from which Rodrigo did eventually score; Chelsea’s defending was inattentive and easy to criticise, but it was a show of originality from a team who were expected to sulk their way to a listless defeat.

It was compelling, wasn’t it? Not the game as such, or even its consequences, but the dynamic of a team performing for their fans and declining the opportunity to slump to a defeat which – realistically – they probably wouldn’t have been held accountable for.