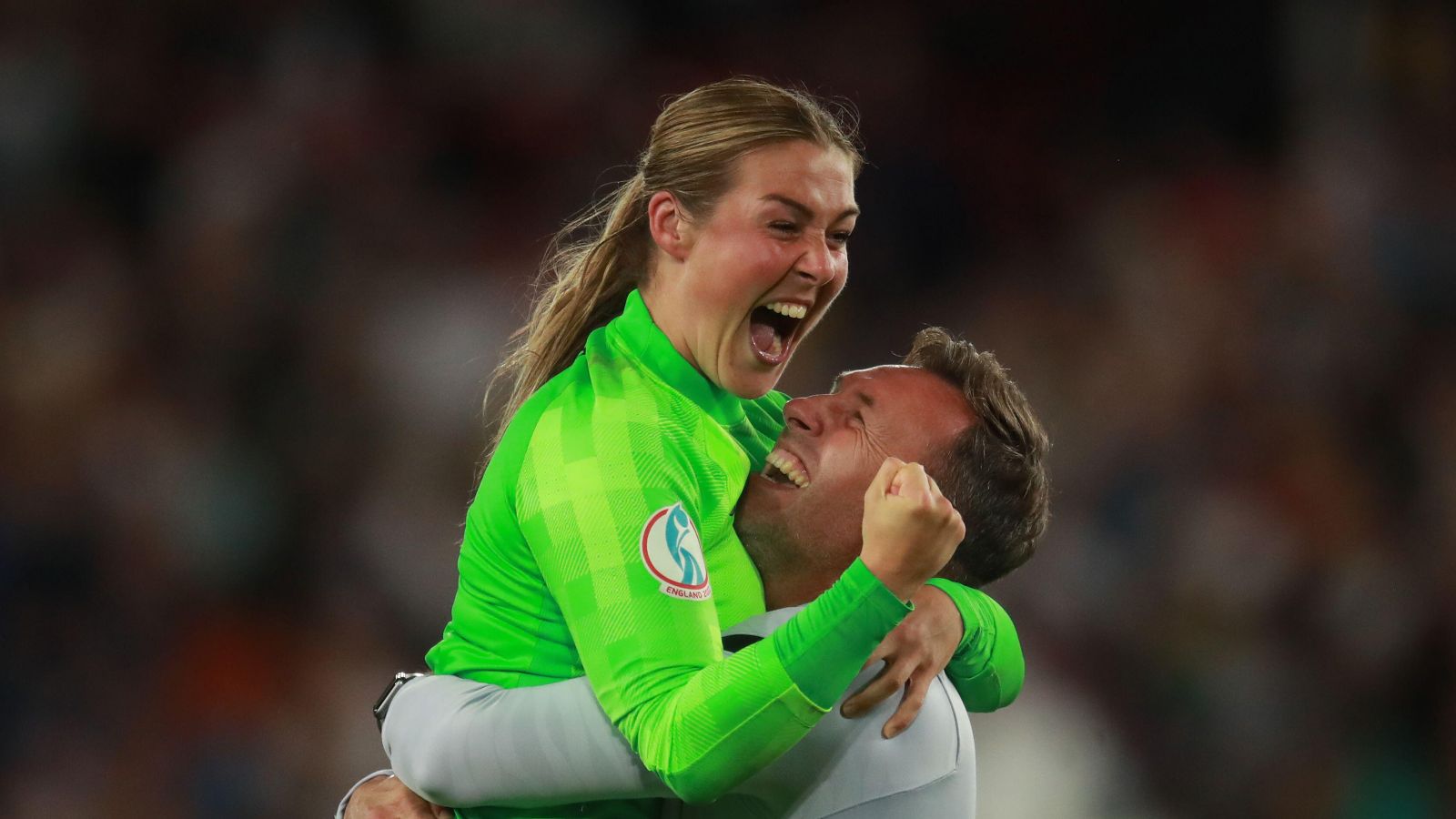 Mary Earps is hoping that England’s showings at the 2022 Women’s European Championships are “inspiring” the nation ahead of Sunday’s final vs Germany.

Earps has also spoken about being congratulated by her fellow Man Utd goalkeeper David De Gea after England’s 4-0 semi-final win over Sweden earlier this week at Bramall Lane.

That victory sent the Lionesses into their first major tournament final since Euro 2009. They won all three of their group games before they edged out Spain 2-1 after extra-time.

With the team one more victory away from claiming the first major trophy in their history, Earps said: “I think we’ve been trying to keep the external noise out as much as possible.

“Of course it’s hard, but I think it’s also important in terms of making sure we stay focused.

“I have absolutely no doubt that the way England are as a nation, they’ll be fully behind us.

“That support is really what we want, we want to inspire, we want to do the job to the best of our ability and inspire through our performances. Hopefully we’ve done that.”

In terms of individual performance, Earps has conceded only once across England’s five games so far at the Euros, and pulled off some impressive saves.

Eye-catching work in the Sweden contest included denying Sofia Jakobsson with an outstretched leg in the first minute, and tipping an effort from Stina Blackstenius over the bar just after the hour mark with England 2-0 up.

Watching on was De Gea – who was in attendance when England opened their campaign with a 1-0 win over Austria at Old Trafford – and Earps said: “Me and David speak a little bit. He’s messaged me saying congratulations.

“We message back and forth about results and clean sheets and stuff so that’s always nice to have his support. He’s really supportive of the women’s game.”

The 29-year-old has stressed that “whether it’s 22 seconds, 22 minutes or 22 years into a game, I just always want to be on my best game”, adding: “I think I work really, really hard on the training pitch and I just want to be as prepared as possible when I’m going into a game.

“Whenever I’m on the pitch I just want to be as focused as I can be, do my job to the best of my ability.”

Looking ahead to Sunday, Earps said: “One game to go. We’ve put ourselves in this position, we’ve earned the right to be in the final.

“We’ve worked really hard together and we’ve got a really good group. We’ve got another game, it’s not done yet – but so, so happy that we’ve made it to the final.”