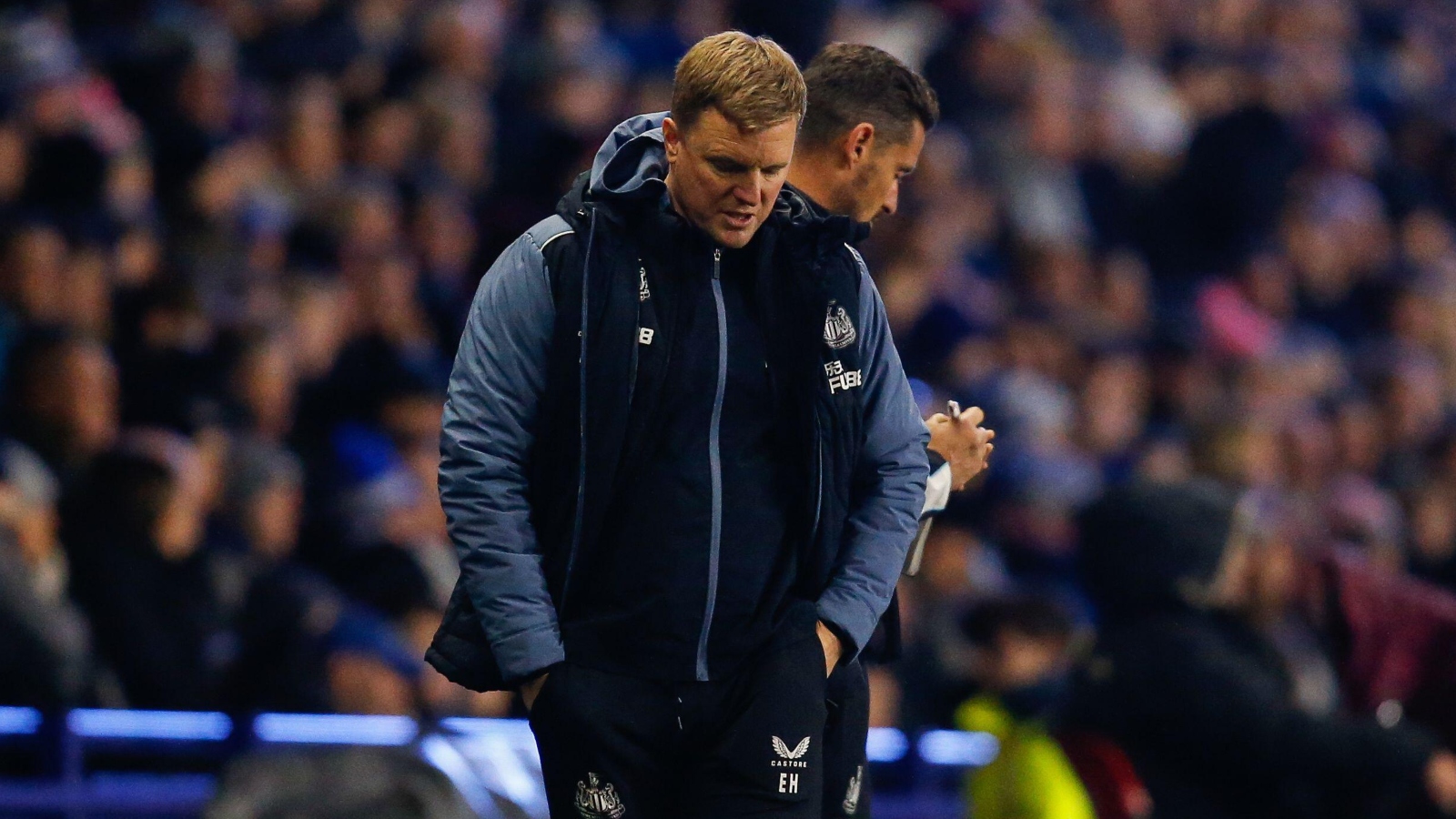 Newcastle United head coach Eddie Howe could drop Joelinton after the midfielder was arrested for drink driving earlier this week.

Joelinton has been a brilliant player for the Magpies over the past year but he was stopped by police in the early hours of Thursday morning and was charged with driving whilst above the prescribed limit for alcohol.

He will appear before magistrates in the city later this month. His availability was the major talking point as Howe conducted his press conference on Friday morning.

Asked if Joelinton would be available for the visit of Fulham, Howe replied: “I’m going to have to reflect and analyse on that and I’ll make a decision closer to the game in consultation with him, so I’m not 100 per cent sure.

“My relationship with Joe is very good. I have sat down with him and will do so again. Ultimately, I have to pick the best team to win the game, that’s my job, but I also have to take into account the situation around that.”

Joelinton, a then club record £40million signing from German club Hoffenheim in July 2019, has been one of the success stories of Howe’s reign to date, shedding the tag of a striker who could not score goals under predecessor Steve Bruce to establish himself as a marauding midfielder.

The South American, who scored his side’s second goal in their 2-0 Carabao Cup quarter-final win over Leicester on Tuesday evening, has featured in 21 of the club’s 23 games so far this season, but the allegation he is facing could dent that run.

Howe, who revealed Joelinton is desperate to play, said: “It came very much as a shock. It’s a difficult situation. Joe is very remorseful, he was very upset yesterday. I think he knows the seriousness of the situation.

“Obviously I can’t go into too much detail out of respect for the case, but I think he understands his responsibilities.

“We’re now in a position where we’re supporting him and we also understand as a football club the seriousness of the situation.

“Everything will be dealt with internally. Looking at Joe as a person, he is a very good professional and is hugely passionate about his career and the club.

“I was very much surprised by what happened. But we will back him and support him, while also educating him and helping him, that is important. He is very young, everyone makes mistakes. I think it is also important that we don’t over-react.”

Asked if the club’s Saudi-backed owners had been informed of the situation and whether he would be left to deal with it, Howe said: “Of course we’ve had discussions because we’re very open with our communication around events that happen at the football club. I think that’s only right.

“But there’s been nothing that’s gone beyond just an explanation and saying what’s happened and how we’re going to deal with it. Everything then is left in my hands.”

READ MORE: Sportswashing ‘not a thing’, and a Wednesdayite ponders what to do about Hillsborough…