Home Chelsea Eden Hazard stuns Chelsea: ‘I have made my decision’ 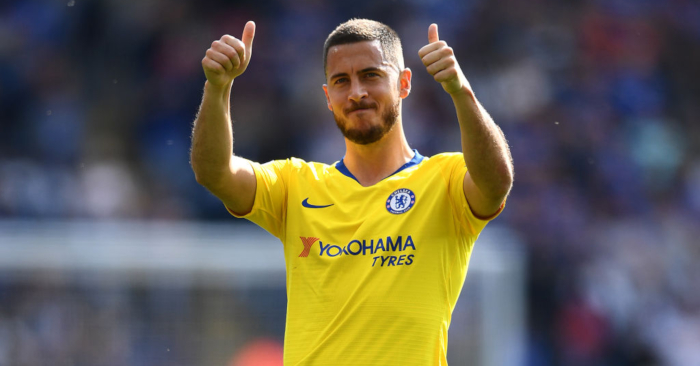 Eden Hazard has told Chelsea he has made his mind up over his future.

The forward is yet to publicly announced if he will stay at Stamford Bridge after constant links to Real Madrid.

Hazard has just a year left on his contract having joined from Lille for £32million in 2012.

Chelsea are holding out for £100million if they are forced to sell him.

And after a substitute outing in Sunday’s 0-0 draw at Leicester the Belgium international revealed he has made the club aware of his decision.

“Yes. A couple of weeks ago. Yes I have made my decision but it is not just about me,” said Hazard.

“I have made my decision, that’s it.”

When asked if his future will become clear after the Europa League final against Arsenal on May 29 he added: “I think so. We have a final to play and then I will see.”

The 28-year-old also admitted he wanted his future resolved earlier to avoid it being the season-long saga it has become.

“Yes, I wanted that but that’s not happened. I’m still waiting like you are waiting and like the fans are waiting,” he said.

“I am not thinking about this and this, my situation or the club’s situation. I just try to win games.”

Hazard played the final 22 minutes at the King Power Stadium as Chelsea finished third in the Premier League – 26 points behind champions Manchester City.