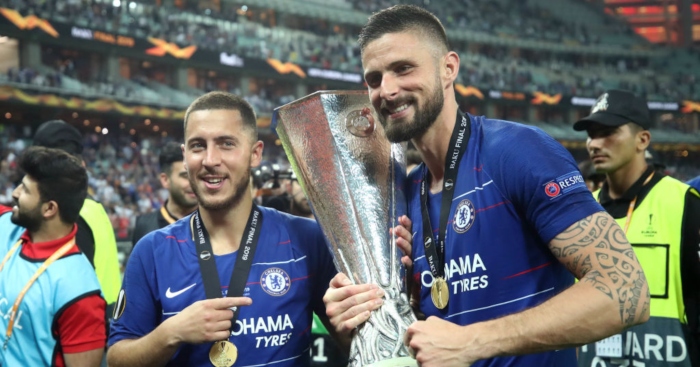 The Belgian was pivotal in the 4-1 final victory over Arsenal in Baku – scoring two and assisting another.

He edged out former team-mate Olivier Giroud in the voting for the Europa League honour, which was decided by a jury of coaches from the clubs in last season’s group stage and selected journalists.

Giroud was the tournament top scorer with 11 goals from his 14 appearances.

Hazard’s performance in the final was his swansong for Chelsea as he left for Real Madrid in the summer in a  £90million transfer.

Luka Jovic, another player who moved to Real in the summer was third in the voting. He scored twice for Eintracht Frankfurt against Chelsea in the semi-final.

Three other Chelsea players were included in the top 10. N’Golo Kante was sixth, Willian was eighth and Pedro finished ninth equal.