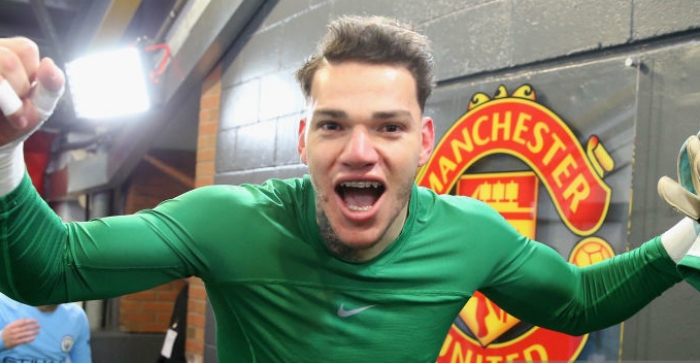 Ederson wants Manchester City to make history and end their title-winning campaign with a series of new Premier League records.

Pep Guardiola’s side showed no sign of easing up in their first match since being crowned champions as they thrashed Swansea 5-0 on Sunday.

City are looking for extra means of motivation to sustain them in their final four games, and records for most wins, most goals and most points in a season are in their sights.

Goalkeeper Ederson said: “It would mean a lot (to beat them). If you finish the season as a champion and, on top of that, break some records – we would make history as a club and also us as football players.

“I hope we can break all the records. We are able to do it. I think if we manage to keep the same level we have had along the season, we’ll do it.”

City could also set a record for the largest winning margin in the Premier League, which stands at 18 points. Their current lead is 16 points.

They have already set one record this season by winning 18 games in succession from August to December.

Their continued brilliance proved far too much for Swansea, who were outclassed at the Etihad Stadium.

A neat flick and finish by David Silva and a close-range effort from Raheem Sterling put the hosts in early command. A piledriver from Kevin De Bruyne, penalty rebound from Bernardo Silva and Gabriel Jesus header wrapped up a convincing win.

Ederson, 24, said: “In all the games along the season, our team has shown our quality. We have played good football.

“We need to keep the same level in the last four games of the season and try to win all of them.”