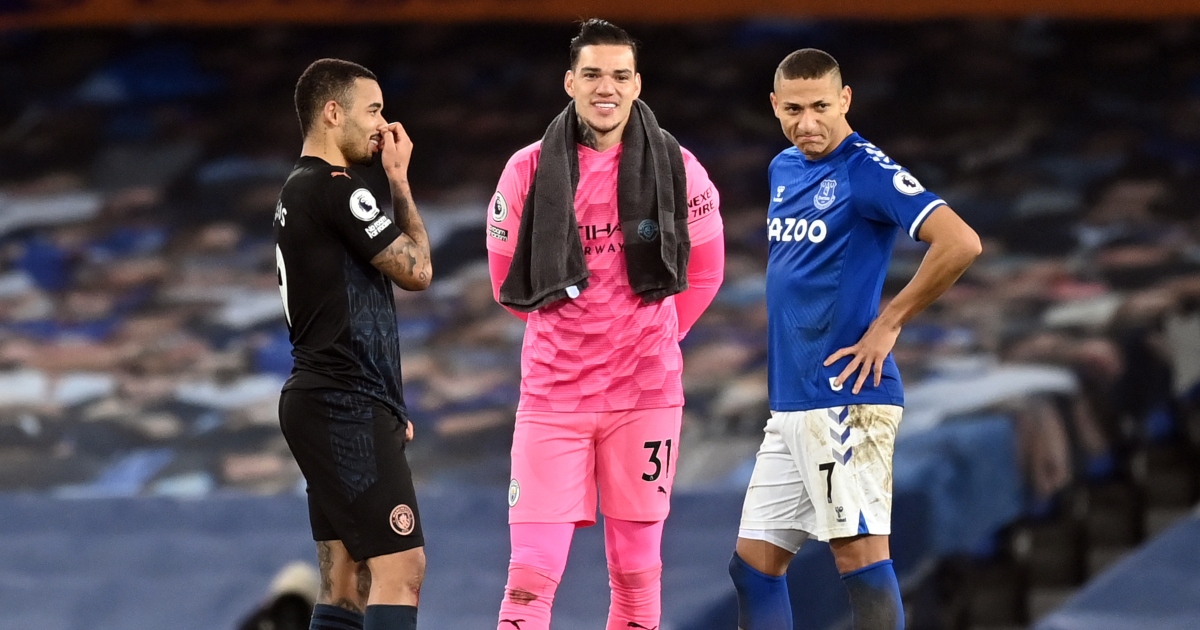 Ederson would bring Everton forward Richarlison to Manchester City if he had the choice, the goalkeeper has revealed.

The Citizens shot-stopper also insisted that he is “very well” in Manchester as it has always been his “dream” to play in the Premier League.

How Antonio Conte would manage every other Big Six club

“So here I feel fulfilled today. As a person, as a professional, as a family guy I feel very fulfilled. I’m happy in the city, my family is happy, super adapted. My kids too, my kids love the school they go to. So I’m super adapted. I have no reason to think of any other place than City.”

Ederson was then asked who he would bring to Man City from the Brazilian national team squad, replying: “I’d bring the pigeon (the nickname for the Everton man). For the chats.”

Speaking ahead of the match, City manager Pep Guardiola has insisted PSG boss Mauricio Pochettino is a “top manager” despite having no major trophies to his name.

The Spaniard said: “You can be a top manager and not win titles. The managers that have the chance to win the titles are at top, top clubs with good investments and exceptional players. Otherwise, for a manager, it is impossible to win.

“That doesn’t mean the managers in the Championship or not in the top six of the Premier League cannot be excellent managers in tactics, communication, leading. It’s not necessary to win titles.”

On his previous meetings with Pochettino, Guardiola said: “It’s completely different – different countries, players, shapes. Even with the same manager and same team from one year it can be different – new players, many things can happen.”