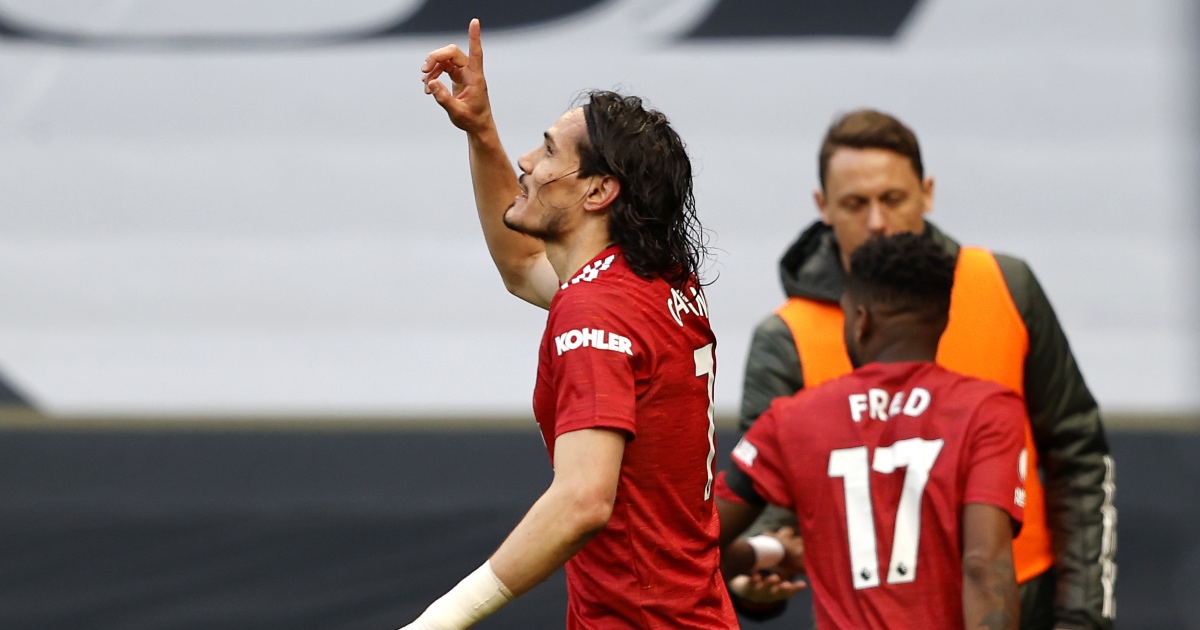 Edinson Cavani has held a meeting with Man Utd’s board of directors to discuss his future, according to reports.

Boca Juniors are hoping to sign the striker once his contract expires in June.

The 34-year-old has the option to extend that deal by a further year, but it seems like he will leave Old Trafford instead.

OPINION: Glazers out? No sign of shifting Man Utd’s scavengers

According to Argentinian source Depo (via Express), Cavani has informed the directors that he wants to leave in the summer.

He recently asked for an extra few weeks to discuss where his future lies.

It looks as though the Uruguayan international will pursue a Boca Juniors move to be closer to his family in South America.

Cavani has been isolated in Manchester since joining the Red Devils on a free transfer in October.

Due to COVID-19 travel restrictions, he’s rarely been able to visit his family.

If Cavani were to leave Old Trafford, it would be a major blow for Ole Gunnar Solskjaer.

The forward has been in great form recently, scoring four times in his last seven Premier League appearances.

He was on the scoresheet in recent wins over Spurs and Burnley. Cavani also bagged as United beat Granada 2-0 in the Europa League to reach the semi-finals.

When Solskjaer has played Cavani up front, the Red Devils have looked more dangerous going forward.

He provides them with a sense of directness, as well as brilliant movement in the box. His series of one-touch finishes this season have barely been matched by anyone in the squad, bar Mason Greenwood.

Anthony Martial was his main competition for a starting place before the Frenchman picked up a serious knee injury in March.

However, Martial has looked uncomfortable at centre-forward and has only scored four times in the Premier League this campaign.

Solskjaer will be eager to keep Cavani past this season. That would give them an extra year in their hunt for his long-term successor, which could be Erling Haaland.

United will need to provide Cavani with an enticing offer if they are to fend off interest from Boca Juniors.