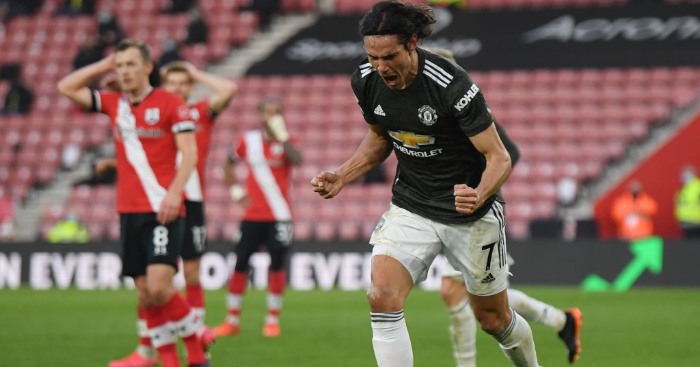 Against all odds
‘This is a manager who made Chelsea champions for the first time in 50 years,’ writes Dave Kidd in The Sun. ‘Who would bet against him delivering Spurs a first title in 60?’

Many, many people, Dave. Tottenham are currently 6/1 joint-third-favourites along with Chelsea. But we will gladly give you evens if you think it’s now so inevitable.

Oh and is that the same Mourinho described by you as ‘jaded, careworn, paranoid – and failing’ less than three years ago?

We all got that wrong; some of us admit it.

Klopp tips
Liverpool drew 1-1 at Brighton on Saturday, which means they are being kept off top spot only by goal difference.

So this is obviously the perfect time for the Daily Mail to tell us ‘How Klopp can ensure the title defence is not derailed’. Because it is going so utterly disastrously.

Among their tips is for Jurgen Klopp to be ‘braver’ with his substitutes, and once we get past our incredulity that anybody is giving the current Premier League title-winning manager advice, we are left wondering about the timing; Klopp literally took off his right-back at half-time on Saturday.

Another issue in this disastrous title defence is that ‘in five league matches since Virgil van Dijk’s injury, Klopp has named five different centre-back partnerships’. Yes, that will happen when people keep getting injured.

Apparently nothing
In the inside pages of The Sun, Neil Custis is giddy about Manchester United striker Edinson Cavani and now wants to crow about Manchester United’s summer business, writing: ‘It was apparently another example of the club’s poor recruitment, having pursued Jadon Sancho all summer only to be left with someone now on football’s bottom shelf.’

Apparently? Your own newspaper’s headline on the deal?

‘Desperate Man Utd snap up striker Edinson Cavani on free transfer worth £200,000-plus a week despite defensive woes’

Bad to worse
But while we presume Custis did not write that headline, we can give no such grace to the Daily Mirror‘s John Cross, reporting from Southampton and writing:

‘From 2-0 down at half time and looking like a shambles, Cavani came on and showed that class is permanent and it comes with the territory as soon as you walk through the door at Old Trafford.

‘His infectious enthusiasm changed the course of the game and poor old Southampton just could not hold on.

‘Zlatan Ibrahimovic was an inspirational signing when he went to United from Paris Saint Germain in 2016. Cavani has taken the same route and might just have brought some stardust with him as well.

‘And they said United had a bad transfer window.’

This was John Cross discussing the Cavani deal back in October:

“It’s a panic buy, and a club the size of Man United should not be doing panic buys, they really shouldn’t be. They shouldn’t even, I don’t think, be going right to the end of the window.

“They should have made their statement signings at the start of the window to give them the best possible introduction to be oven-ready, as Boris [Johnson] might say, for the Premier League.

Either that or it’s ‘inspirational’ with a touch of ‘stardust’.

Digging a hole
On the Daily Mirror website, the name of John Cross is on a story reporting these quotes from Ralph Hasenhuttl:

“You can hear them celebrating in their dressing room. You know what you have done today and how tough an opponent you have been because they were celebrating like they had won the Premier League.

“That was the thing for me because it is definitely a statement when they are celebrating like they were because it was tough.”

But almost no ‘credit’ goes to Cross for the story being among the Mirror’s most-read stories.

All of that goes to whoever wrote this headline:

“As a player you know when something’s not right. So what I would say from watching David Luiz and the 20 minutes afterwards, he never looked shaky on his feet, his legs weren’t gone from underneath him. He passed all the protocols and then afterwards, you don’t see anything other than blood to suggest that he is in a bad way.”

David Luiz was substituted at half-time because he “couldn’t really head the ball, he was uncomfortable”, so perhaps ‘not falling down’ is not the only bar you should be clearing if blood is pouring out of your head.

Oh and “you don’t see anything other than blood to suggest that he is in a bad way” is a sentence we never, ever want to hear again.