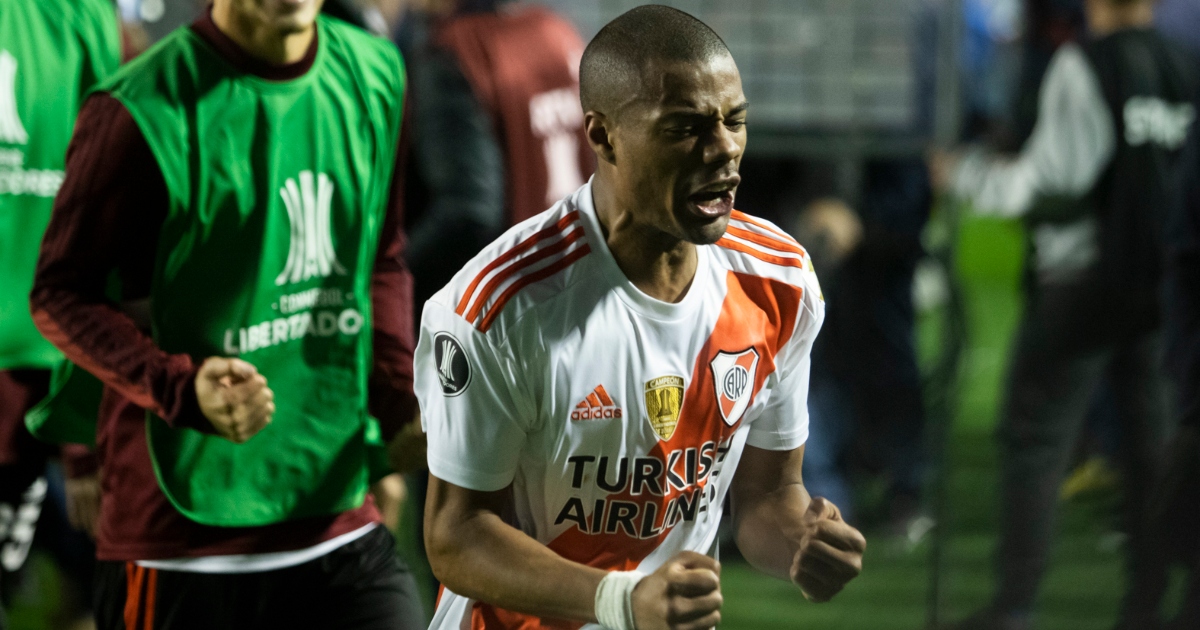 Edinson Cavani has recommended Nicolas De La Cruz to Manchester United as the club continue their search for a new midfielder.

The 24-year-old plies his trade at River Plate and is currently with Uruguay at the Copa America, where he has partnered up with Cavani.

De La Cruz has started each of the country’s first three group games, with his tenacity and tight footwork impressing the veteran striker.

Ole Gunnar Solskjaer is keen to add depth to United’s midfield as the club aim to bridge the gap between them and last season’s champions Manchester City.

Declan Rice and Eduardo Camavinga have been highlighted as targets, but with £77million set to go towards the signing of Jadon Sancho, it is unclear whether United have the funds to recruit another highly-sought-after talent.

De La Cruz, though, represents a cheaper option at just €20m and TNT claim United are considering it.

They are also said to be eyeing a centre-back and a striker, while Gary Neville thinks adding a right-winger to the squad could also be beneficial.

He told the Mirror: “They definitely need a centre-back to go with Harry Maguire.

“I think Aaron Wan-Bissaka is improving weekly and is getting better. I think if Luke Shaw can stay fit he’s the best and always has been in terms of talent.

“If you look at [Ruben] Dias, [Virgil] Van Dijk, Harry Maguire they’re kingpins in the centre of defence but they all have good partners as well, and I think United need another one in there.

“Up front is an issue. Over the last few years, we’ve never had a fixed right-winger, I think left’s okay with Marcus Rashford. You could argue is Mason Greenwood a right-winger?