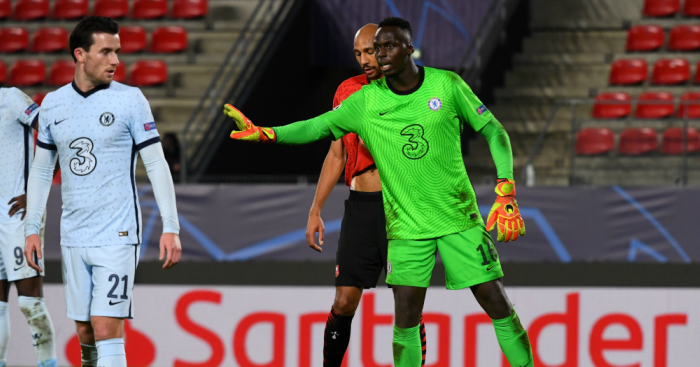 Chelsea’s new keeper Edouard Mendy is keen to continue his impressive form for the Blues following their Champions League victory over Rennes on Tuesday evening.

Frank Lampard’s men led after Callum Hudson-Odoi found the net, but Serhou Guirassay’s goal for the hosts ensured that the two sides went in honours-even at half time.

Chelsea came out on top, however, after Olivier Giroud climbed above the Rennes defenders to score an injury time winner, confirming Chelsea’s place in the knock-out stages of the Champions League with two group games still to be played.

F365 Says: In defense of the Atalanta-loving football hipsters…

“It’s a very good thing to play for this club and I hope to continue like this.”

Chelsea teammate Mason Mount praised Mendy for his impact since joining the London side.

He said: “He’s been brilliant.

“Ever since he came in on his first day, but not just on the pitch, off the pitch he’s always smiling, a big presence round the group and he’s a big presence when he plays in goal.”

Mount, on the back of a game that prompted support from his manager, has been pleased with all the signings that his club made over summer.

He added: “All of them have come in and I hope they feel as welcome as they feel.

“They’ve been playing unbelievable, every single one of them has brought something to the team.

“You can see from our performances on the pitch how we’ve been gelling. We’re getting better and better, we’re not at our best at the moment, we’ve still got loads of time to improve, to get better, we want to win as many games as we can and keep clean sheets.

“We’re going to continue working on that. With the big man [Mendy] at the back doing what he’s doing, it starts from him and we’re all trying to do our best. So hopefully we can keep doing that.”