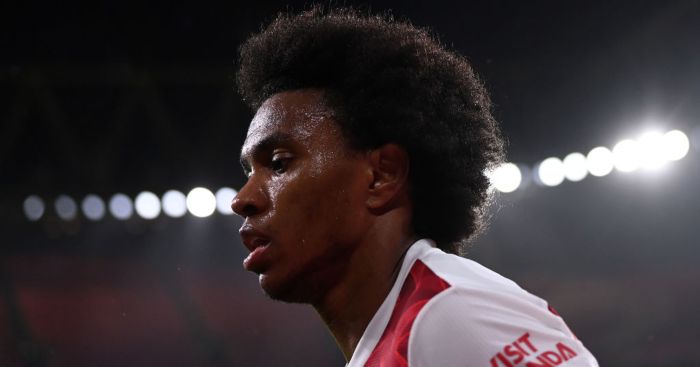 Arsenal technical director Edu has backed Willian to shine for the Gunners despite his poor form this season.

Willian was man of the match on his Premier League debut for Arsenal as they brushed Fulham aside in September but since then he’s only managed one assist in 14 appearances in all competitions.

And Edu has defended Willian – who moved to the Emirates Stadium from Chelsea in the summer – and reckons the Brazilian will come good once he’s adapted to Arsenal.

FEATURE: The ten most important players returning from injury soon

Edu said: “Listen, everybody knows Willian. If people say that he’s not a good footballer then maybe they don’t know football because he has always performed at the top, top level. Then he moved.

“For me, Willian is a question of time to be performing how we know he can.

“What do you expect? Do you expect it straight away? Boom! Willian can be the best one? But he needs a little bit of time, it’s strange as well to say that but you need time to know the players who you are going to play with.

“Players need time to understand how to train, how to work with the people, to understand a lot of things and I told him that I know that and I hope that people from outside understand that as well.

“Training, he’s training properly. His behaviour? Top, as always. Training? Fantastic. For me, it’s just a question of timing.”