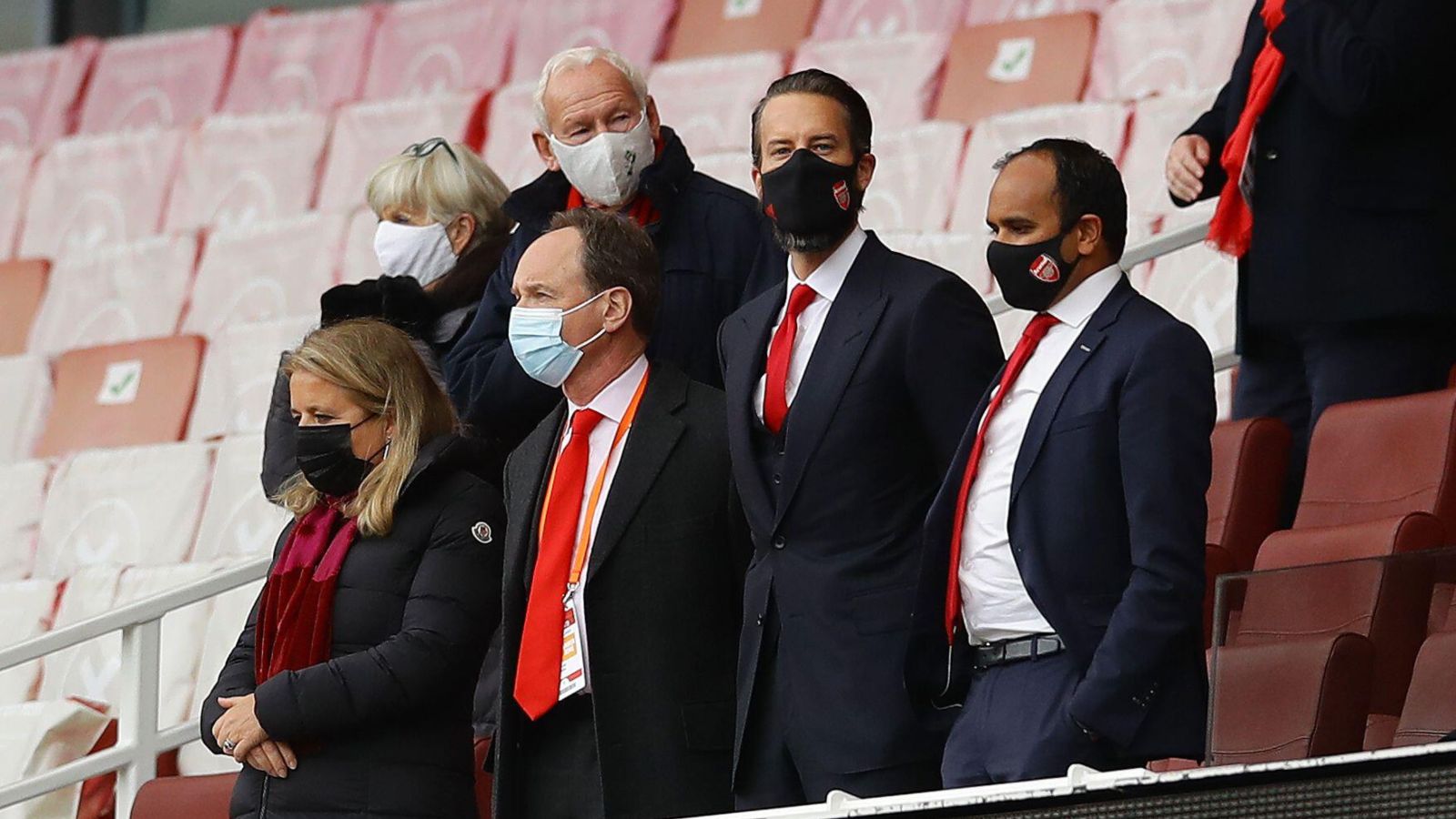 Arsenal technical director Edu claims the Kroenke family have been “really supportive” in the transfer market this summer and insists it would be “unfair” to doubt them.

Stan Kroenke, and son Josh, have had a bumpy relationship with Arsenal fans since assuming control of the club in August 2018 with the Gunners one of six Premier League clubs to sign up to a breakaway European competition in April 2021.

They quickly withdrew from the process less than 48 hours later with thousands of Arsenal fans protesting outside the Emirates Stadium before their match against Everton.

They rejected a bid from Spotify founder Daniel Ek to buy the club in the aftermath with Kroenke pledging to continue his ownership of the club.

There has also been criticism in the past about how much the owners have spent on new players in the past but Edu insists they couldn’t have been more supportive.

When asked how supportive the owners have been with spending, Edu told Sky Sports: “Not only with the spending because it’s unfair to link the owners just with the spending. They are very much important and it is sometimes unfair if people have some doubts about our owners.

“Clubs can approach us, players probably want to go on loan, so there’s still lots to do, but again, being prepared for me is the most important [thing] and for sure we are very much prepared for almost everything.”

“[The Zinchenko transfer] was planned like six months ago, to feed that position in the best way possible in the way which Mikel really wants to play.

“Mikel of course knows him more than anyone because they worked together [at Manchester City] but all the information around the player is top. Not only about his qualities as a footballer but as a person as well, which for us is so important to have a player like him in the squad.”