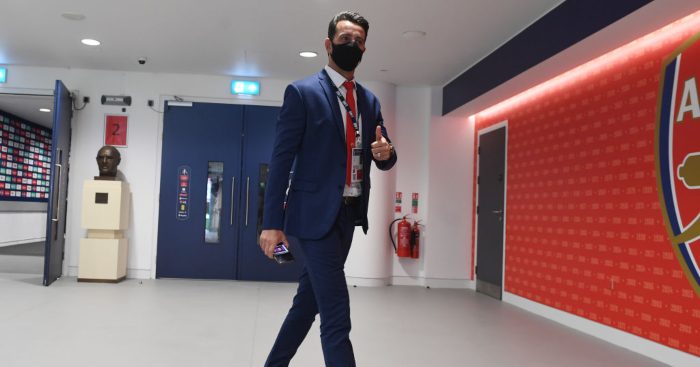 Arsenal technical director Edu has said his desire for a tight-knit recruitment department was behind the reason to move on a number of the club’s scouts.

Francis Cagigao was one of 55 people made redundant by the club in August as the Gunners cut costs due to the effects of the coronavirus pandemic on the club’s finances.

Other highly-rated scouts, including Brian McDermott, Peter Clark and Ty Gooden, also left Arsenal and Edu has explained his reasoning.

FEATURE: Arsenal for top four and other Premier League specials

“I don’t want individual people working in one area or for one country. I want a group working together. Less people with much more responsibilities.

“That is my vision and for me in this process the most important thing is that everyone is very clear on the responsibilities which everyone has to make the right decision.”

On the current transfer market, Edu added: “The market right now is a challenging one,” he said. “Everybody is waiting, everybody wants to do swaps, everybody is talking about loans.

“Where we have to be prepared is with what we really need to receive from the outside. For example many clubs are asking me or talking to me about loan players or swap players but I am not seeing they are really prepared to do the kind of things they are asking me.

“After that we have to be patient, to understand how the markets are reacting and wait a little bit more to make the right decision.”