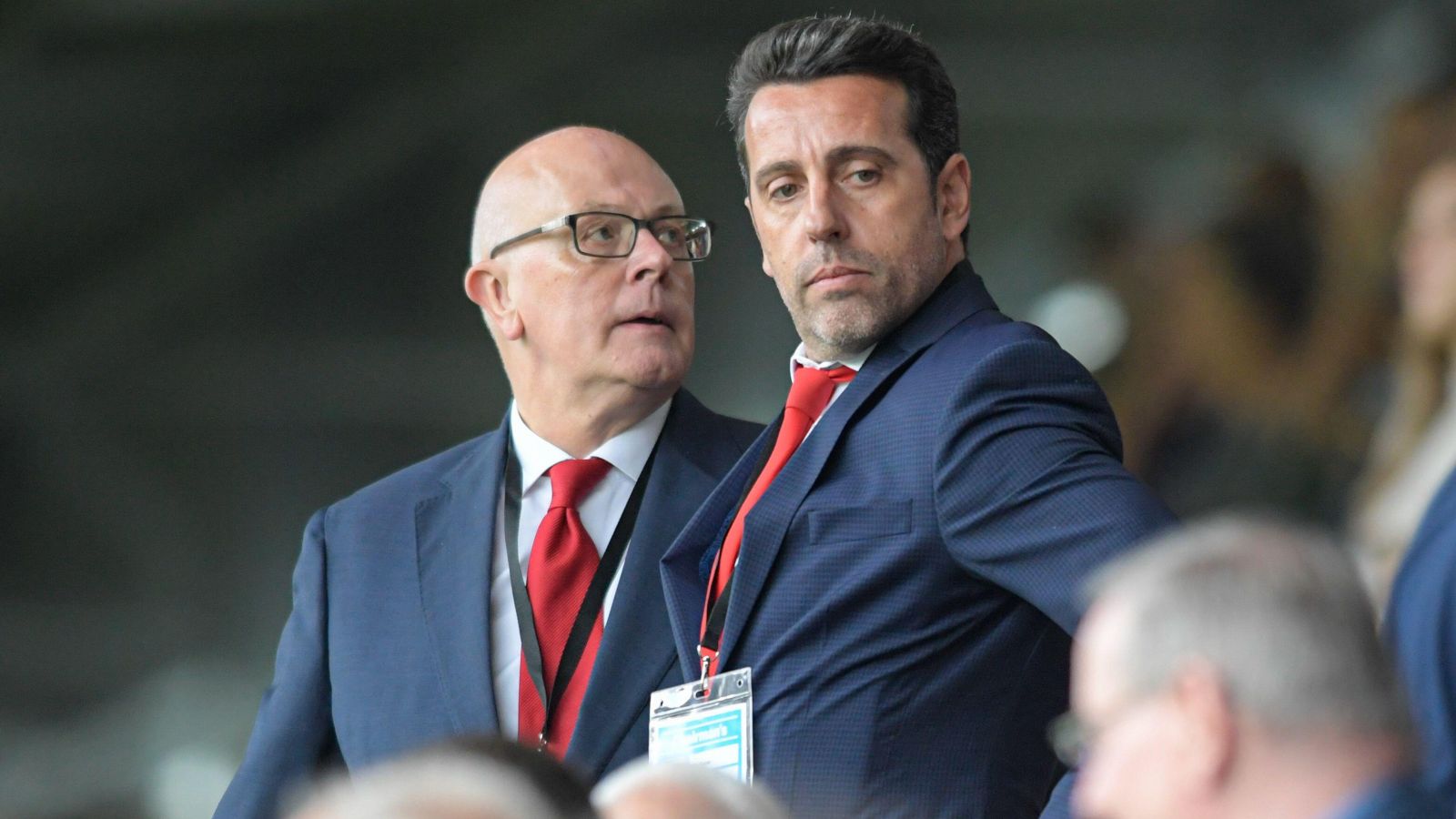 Arsenal technical director Edu has claimed that their interest in signing Raphinha this summer only went as far as a conversation with his agent.

There were reports earlier on in the summer that Arsenal were leading the race to sign the Leeds United attacker before he eventually moved to Barcelona for £55m.

Chelsea appeared to take the lead from the Gunners at one point but the Brazilian always had his heart set on Barcelona.

Raphinha contributed 17 goals and 12 assists in his two seasons at Elland Road and it’s obvious to see why numerous clubs were interested in the winger.

When asked how close Arsenal came to signing Raphinha, Edu replied to Sky Sports: “People think we went in too deep about Raphinha, because Raphinha was everywhere.

“It’s fair we did have some conversations with Deco because Deco is his agent and I have a good relationship [with him] – we are friends.

“I just said to Deco, ‘Can you explain to me the situation with Raphinha?’ and he was clear, ‘Edu, we have a good relationship but I’m not going to lie to you, his idea is to go to Barcelona because he’s dreaming to go to Barcelona, and we’ve been talking to Barcelona since a long time ago’.

“Okay, thank you very much, if something happens then just let me know because I can explore and understand the situation. If not, no problem and we carry on with our relationship.”

And Raphinha – who scored against Real Madrid in a friendly last week – expressed those feelings in his first interview as a new Barcelona player earlier this month, he said: “This is a dream come true for me, not just for me also my friends and family.

“They’ve seen me playing since I was a kid. They knew this was a dream of mine to come here. All I can do now is give my best and try to help Barca be what it’s always been.”

Raphinha scores on his debut!

On what Barcelona fans can expect from him, Raphinha added: “What I can say about myself is that I’m very excited to win. I like to win, any time I lose it’s very difficult to accept.

“So, you can expect a player who will always be fighting, always try to win, in training sessions as well, and fight to become a better player.

“For me it’s a tremendous honor. I saw Ronaldinho come here and achieve so much and after that Neymar as well. For me as a Brazilian to come here it’s an honor. I hope to reach the same objectives that those two players achieved.”